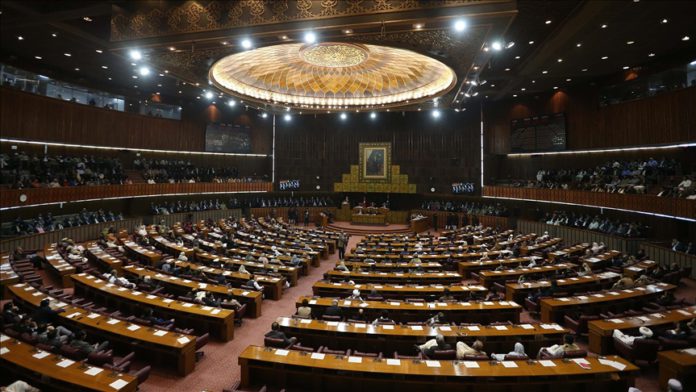 Yousuf Raza Gilani, the opposition leader in Pakistan’s upper house of parliament, resigned on Monday, three days after the opposition’s defeat on a key financial bill.

Gilani, a former prime minister and a central leader of the center-left Pakistan People’s Party, made the announcement in his speech during the Senate session.

He was among several opposition lawmakers who remained absent from the crucial Senate session summoned for voting on the State Bank of Pakistan (Amendment) Bill 2021 on Jan. 28.

His absence resulted in a surprise victory for the government in the opposition-dominated 100-member house by a single vote, which was cast by the chairman after a draw. Both sides had got 42 votes each.

Some opposition senators accused Gilani, who served as the premier from 2008 to 2012, and other absentees of indirectly supporting the bill aimed at fulfilling some major demands by the International Monetary Fund for release of the fourth tranche of a $6 billion bailout package.

Gilani rejected the allegations, saying that the government summoned the session in a hurry. He also accused Senate chairman Sadiq Sanjrani of partiality during the session wherein the bill was passed.

Opposition has called the bill, which will make the central bank fully autonomous, a “financial surrender.”

Earlier, the Finance (Supplementary) Bill 2021, also known as the “mini-budget,” was passed to meet the IMF’s conditions.