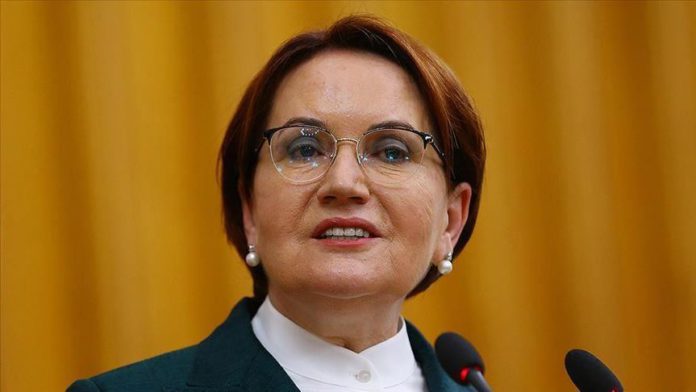 Hagia Sophia should be opened for worship – as the government decided last week – but it should be “closed to politics,” a Turkish opposition leader said Tuesday.

“The trust of Sultan Mehmet [the Conqueror] will be completely opened for worship. An expectation of our nation has been met,” Meral Aksener told her Good (IYI) Party parliamentary group, referring to the leader who conquered Istanbul in 1453 and made Hagia Sophia a mosque.

“Hagia Sophia should be opened for worship, but it should be closed to politics,” she added.

Aksener said that Hagia Sophia is being opened to worship in line with the nation’s wishes.

On Friday, a high Turkish court annulled a 1934 Cabinet decree that had turned the Hagia Sophia into a museum, paving the way for its use again as a mosque after an 85-year hiatus.

Aksener criticized President Recep Tayyip Erdogan’s remarks after the decision was announced, saying: “I had expected him to reflect the wishes and expectation of our nation and support coming from every wing of politics with care and a spirit of reaching out. He did it with a belligerent spirit.”

Under the Byzantine Empire, for centuries Hagia Sophia was used as a church. Following the Ottoman conquest of Istanbul in 1453, it was turned into a mosque, a status it kept for nearly half a millennium. But in 1935, under a Cabinet decision, it was converted into a museum.