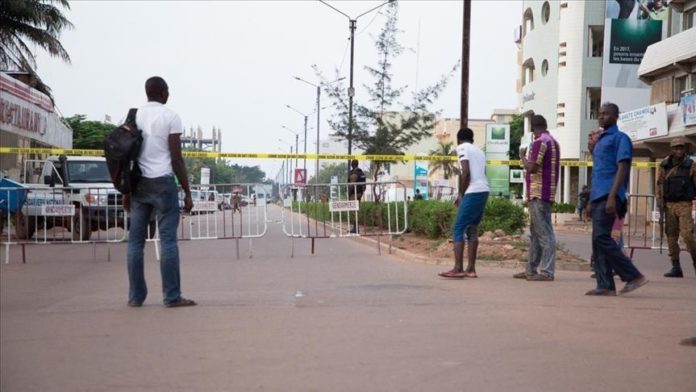 The Burkinabe opposition on Friday announced to hold peaceful and silent marches throughout the country to protest rising violence and demand better protection for the masses.

In a statement, Eddie Komboigo, the leader of the opposition, said a series of peaceful and silent marches will be organized across 45 provinces on July 3-4.

According to Komboigo, the marches will pay tribute to the victims of terrorist attacks, show support for the defense and security forces, protest against security degradation, demand better protection for the vulnerable population, and express solidarity with internally displaced persons.

After the attack in which more than 130 people died in Solhan on June 5 and the one in which 11 police officers were killed Monday night by unidentified armed individuals in the north-central part of the West African country, the opposition said “the threshold of the government’s inability to find solutions for the security of Burkinabe” has been crossed.

The situation is serious and the Burkinabe people have been in mourning for the last five years, the opposition leader said.

“When the opposition agreed to participate in the dialogue, it was in the greater interest of the nation,” Komboigo said, reiterating the opposition’s demand for the prime minister to resign.

“The government does not want to give in to this demand of the opposition because it would validate its passivity,” Regis Hounkpe, a pan-African political scientist, told Anadolu Agency.

“I think the security issues are quite serious, especially after the Solhan massacre. There is obviously a problem of vision in terms of security, taking into account the professionalism of the Burkinabe army and its operational and logistical capacities. But the unstable geopolitical context in the G5 Sahel cannot be disconnected from the particularities of Burkina Faso. It is, therefore, important to have a more global perspective on the fight against armed terrorist groups,” he explained.

The government must create inclusive conditions so that solutions are shared by both sides, with the participation of people because they are the first victims, he added.