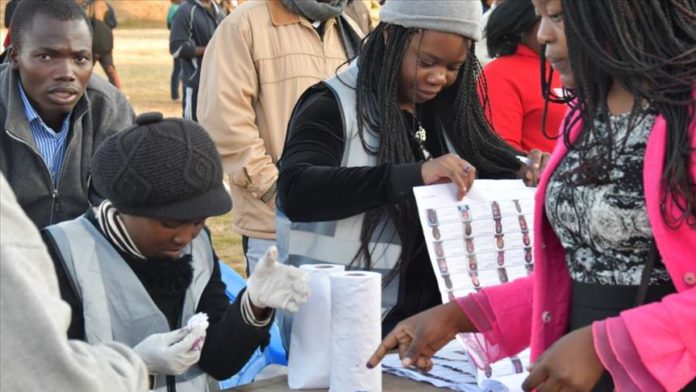 Malawians went to the polls on Tuesday after the top court in the Southern African nation in February annulled the May 2019 presidential vote due to irregularities.

However, the Malawi Electoral Commission chairperson Chifundo Kachale told reporters Thursday at the National Tally Center in Blantyre that only his body has the mandate to release official result which will be within eight days as required by law.

So far, ruling party leaders have been complaining that Tuesday’s vote was marred with violence as their agents were beaten, abducted and denied access in some polling centers.

“We have lodged a complaint with the electoral commission about the violence, especially in opposition strong holds,” Nicholas Dausi, the spokesperson of the ruling Democratic Progressive Party told Anadolu Agency.

But commentators say given the advantage of incumbency and the size of the defeat, this is claim is feeble.

“If you look at the electoral process, at this point, the election has been free and fair,” Patrick Semphere, the chairperson of the Malawi Human Rights Commission, told local television TTV.

For the past two days, Malawians have been watching their TV screens, listening to radios, and checking social media with anticipation as vote counting and tallying continues.

Officials at the main tally center have said the electoral commission has so far received results from 4,000 of the 5,002 polling centers or 75.97% of votes as of Thursday morning.

Tuesday’s election is practically a two-horse race between the president and his main rival Chakwera, who lost the May 2019 election by 159,000 votes.

In the rerun election, a candidate will have to garner more than 50% of votes to be declared winner unlike in the past elections where the first-past-the-post was declared the winner.

Some 6.6 million people registered to vote on Tuesday in Malawi, a county with a population of about 17.5 million.

Turkey: Armenia should withdraw before cease-fire