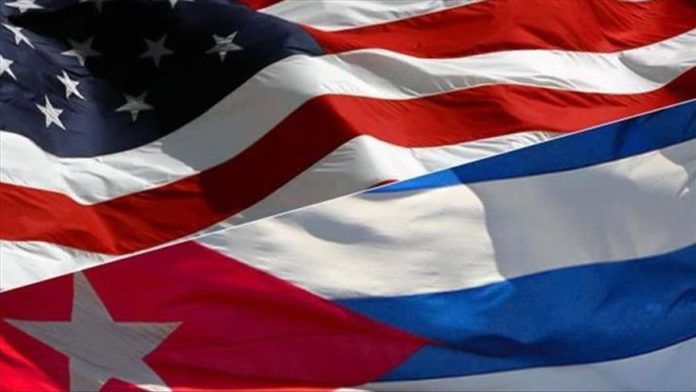 * The writer is the Cuban ambassador to Turkey.

On Sept. 22, the Cuban President Miguel Díaz-Canel Bermúdez highlighted in the online General Debate of the 75th session of the United Nations General Assembly that despite “every week, the US government issues statements against Cuba or imposes new restrictions; paradoxically, however, it has refused to term as terrorist the attack that was carried out against the Cuban embassy in Washington, DC on April 30, 2020, when an individual armed with an assault rifle fired over 30 rounds against the diplomatic mission and later admitted to his intent to kill”.

It is a reality that terrorism continues to be a great challenge for international community. It cannot be eradicated if double standards, manipulation and political opportunism and selectivity prevail.

The armed aggression against the Cuban diplomatic headquarters with the intention to kill is a direct result of the aggressive policy of the United States government against Cuba and the tolerance and instigation of violence by anti-Cuban politicians and extremist groups.

Cuba does not forget the long history of terrorism against its diplomats. The Cuban foreign service has 11 martyrs, murdered violently by terrorist groups, one of them in 1980 on a downtown avenue in Queens, New York City.

The government of the United States must recognize and denounce the terrorist nature of this attack with more than 30 bullet impacts against the Cuban Embassy and share with Cuba all the information about it. The opposite amounts to suspicious complicit silence to tolerance towards terrorism.

The attitude assumed contradicts the United States government’s own anti-terrorist rhetoric. While they include Cuba on a spurious list of countries that do not fully cooperate with the United States’ counter-terrorism efforts, they do not recognize the terrorist character of the April 30 attack on our embassy.

They hide their history of state terrorism against Cuba and the impunity of violent groups in their territory.

Instead, there are concrete evidences of Cuba’s bilateral collaboration with the United States in the fight against terrorism and joint efforts in law enforcement and application of the law.

Cuba has repeatedly expressed its deepest rejection and condemnation of all terrorist acts, methods and practices in all their forms and manifestations, by whomever and wherever they are committed, whatever their motivations, including those cases in which there are States directly or indirectly involved.

Trump defends handling of coronavirus outbreak in US