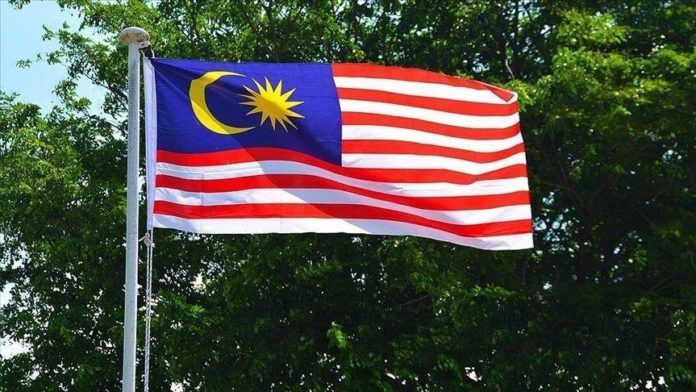 An Israeli aircraft flying over Malaysia’s air space in the last week of May created a flutter in the Southeast Asian country, which has been quite vocal on Palestinian rights. Coinciding the Gaza War 2021, social media was ablaze that Israel was planning to target Malaysia for its Palestinian resistance movement Hamas or targeting Hamas followers in Malaysia.

But the Transport Ministry later clarified that the aircraft did not record any abnormal flight pattern and was obeying the rules stipulated by the International Civil Aviation Organization (ICAO). According to rules Malaysia grants overflights facilities after assessing threat perceptions.

Both Malaysia and Israel are members of the ICAO. The civilian Boeing 737-400 Israeli aircraft belonged to Israel Aerospace Industries-ELTA (IAI-ELTA). The aircraft was flying to Singapore from the Maldives. It is well known that Singapore has a strong diplomatic relationship with Israel when Malaysia does not recognize Israel.

Due to unique geo-strategic location at the north of Singapore, Malaysia holds an obligation to respect the sovereignty of its neighboring nation which has a diplomatic relationship and defense cooperation with Israel. Both Malaysia and Singapore practice non-interference policy in their foreign policy domain to establish peace and stability in the region, following the ASEAN spirit.

The Singapore-Israel relationship was established in the Cold War era. Singapore’s security dilemma stemmed from what scholars call a “small states fear” or the “Lilliputian Dilemma” when entrenched between mighty neighbors., especially after Singapore withdrew itself from Malaysia in August 1965. The Cold War was a turbulent period for the region, all states were facing security dilemmas.

Singapore’s defense cooperation with Israel is seen to address its security dilemma. In 1965, seven military advisers from the Israeli Defense Forces (IDF) visited Singapore to build Singapore armed forces. The country developed military cooperation with Israel silently to avoid provocation from the neighboring nations. Although they formally established a diplomatic relationship in 1969.

Singapore also procured from Israel an assortment of weaponry that included tanks, air-to-ground Barak missiles, Hermes drone system, fighter jets, and warships. For its close relationship with Tel Aviv, Singapore had earned the sobriquet of Israel of Southeast Asia.

Over the years, besides military cooperation, both countries have expanded relations to cover technology, research, development, health care, and education. Singapore’s National University and Nanyang Technological University have close ties with the Hebrew University of Jerusalem and the Tel Aviv University. Israel is also the second-largest contributor of foreign investments in Singapore from the Middle East. Singapore has emerged as one of the business and financial hubs in the world, which explains the air travel connection between Israel and Singapore.

Singapore also has a significant Jewish population, with many streets named in Hebrew like Nassim Road, Frankel Avenue, Zion Road, and Elias Road. There are around 3,000 Jews in Singapore. The earliest Jewish migrants called Baghdadi Jews (Arab and Mizrahi Jews) came to Singapore in the 18th and 19th centuries. After WW II, the number of Jews decreased when they started to migrate to Israel. In the 1980s the number grew again following the economic development of Singapore.

It is noteworthy that the first Chief Minister of Singapore David Marshall, who assumed office in 1955 was Jew. A combination of factors is strengthening the argument why Israeli aircraft can be seen in Southeast Asia, over Malaysia’s air-space. It is necessary to understand the region and globalization. Netizens misinterpret the situation to send misleading information on social media. But the Malaysian government handled the issue amicably in the right perspective without jeopardizing the regional peace.