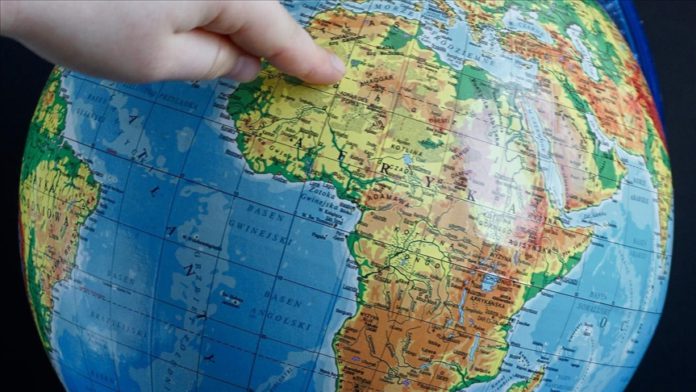 For several decades in Africa, debates have taken place around economic relations between France and its former colonies in the continent.

Despite statements, French President Emmanuel Macron is in no mood to end the unequal and unfair relationship, as his country continues to control the trade and currency of these former colonies. The maintenance of economic domination allows the prolongation of political domination.

The trade was one of the causes of colonization by France. In the Maghreb, the ports of Tunis and Algiers were essential for transit and they already existed during the Ottoman era. French colonization created ports. The best known is that of Casablanca in Morocco. The chambers of commerce in France encouraged these constructions to increase the volume of trade.

At the start of the 19th century, sub-Saharan Africa was isolated by natural barriers such as the Sahara Desert and the oceans. Communication was difficult outside the caravan routes and rivers. The French counters at Saint Louis and Goree in Senegal were therefore essential to the trade set up by France.

The end of the slave trade gave way to the trade of raw materials such as peanuts, palm oil, wood, gum, coffee, and precious materials from Africa by the Europeans.

The desire to control international trade also involved controlling the sea lanes between Africa and Asia.

The colonization of Djibouti in the late 19th century was a British ploy to take control of the Suez Canal in 1869.

The beginning of the 20th century saw the construction of railways lines from Dakar the capital of Senegal to Sudan and then to Guinea, Ivory Coast, Dahomey which is now Benin and Togo.

Author Andre Gide in his book Voyage au Congo has documented abuses heaped by the French in Cogo while building the Congo-Ocean railway site in 1927. The book is an indictment against the unworthy practices of commercial companies against the local population.

After the Great Depression — the worst economic downturn in the history of the industrialized world, lasting from 1929-39 — France choose to fall back on its colonial empire, because of trade preferences. In 1950, the colonial empire represented 60% of French foreign trade. In 1970, Africa’s share of French exports was 8.7%., which decreased to 5% in 2015, This has forced France to rethink its relationship with the continent to maintain domination.

Sixty years after independence, why are French governments constantly criticized for their interventions in the former colonies in Africa?

In 2007, France’s former President Nicolas Sarkozy in a speech in Senegal — known in France as Discours de Dakar — said that Africa’s problem came from the fact that “the African man has not entered history enough, “portraying the African men as a prisoner of their own culture, marked by irrationality and the inability to consider the future.

His statement caused an outcry across the continent and many intellectuals responded angrily. Achille Mbembe and Felwine Sarr said that France remains a problem for the continent. Mbembe, a Cameroonian philosopher, said that “France is struggling to enter the world to come”. Sarr, a Senegalese economist, said that “France must be taken out of monetary cooperation agreements”.

This shows the mistrust exists among a large part of African intellectual elites.

France is now interested in the oil and gas sector. Earlier until 2000, it was engaged in the field of public works, water, and electricity generation. For the French multinational the Total group Africa accounted for 28% of its oil and gas production. Moreover, according to Frederic Munier, professor of geopolitics in Paris, 36.4% of France’s oil supply comes from the African continent.

In terms of an integrated development environment, French companies have several advantages. The language, the currency in the franc zone, direct support from the French government, and guarantees from COFACE (a public company that guarantees the risks of French exporters), besides old networks, supports French businesses. The stock of the French company has multiplied four times between 2005-11 and stands at $23.4 billion.

The redeployment of French capitalism results mainly from oil issues (Angola, Nigeria) and from the desire to be present in larger markets – particularly in South Africa – than those of the French-speaking countries of Africa.

Let us now analyze how the monetary question, which is one of the keys to understanding French domination since independence after the decline in trade between France and its former colonies.

Kako Nubukpo, a former Togolese minister of foresight and currently dean of the Faculty of Economics and Management at the University of Lome said the agreement signed with France in 1945, within the framework of the overall treasury operations was that it covered 20% of monetary issues of the franc zone countries.

Today Africa has almost 100% coverage (Africa does not need foreign coverage anymore). This means that Africa no longer needs the insurer France, to have fixity between the CFA and the euro. The problem is as much political as it is economic.

Emmanuel Macron and Ivorian President Alassane Ouattara want to replace the “CFA franc” with the “eco”. It would be the future common currency of 15 countries.

The most awaited decisions are the end of the obligation for African states to pay 50% of their foreign exchange reserves to the French Finance Ministry.

Money is an instrument of sovereignty for a state. But even 60 years after independence, the former colonies of sub-Saharan Africa do not have it.

Ouattara defends a monetary union guaranteed by France. Africans who oppose it warn that this project maintains parity with the euro, which is a strong currency. The consequences are numerous because it prevents competitive devaluations and industrial development. This will result in locking these countries into a commodity rent economy. If Africa represents only 5% of international trade, the progress of countries in the “CFA” zone will be hampered by insufficient integration into international trade.

The monetary question appears to be a brake on the development of trade.

France’s commercial decline is quite clear. Its market shares in Africa have been halved since 2001, going from 12% to 6% according to COFACE.

Going back further, we realize that if Africa represented 8.7% of French exports in 1970, it represented only 5.6% in 2006, according to Philippe Hugon, director at the Institute of International and Strategic Relations in Paris.

Between 1970 and 2006, French exports to Africa went up from 13-28 billion dollars and the African market quadrupled in size. This explains why France desires to keep a firm grip on the currency (franc).

* The writer is a professor at the Department of International Relations at the University of the Americas Puebla (Mexico).

* The opinions expressed in this analysis are those of author and do not necessarily reflect the editorial line of the Anadolu Agency.

Trump tells Americans not to let COVID 'dominate you'