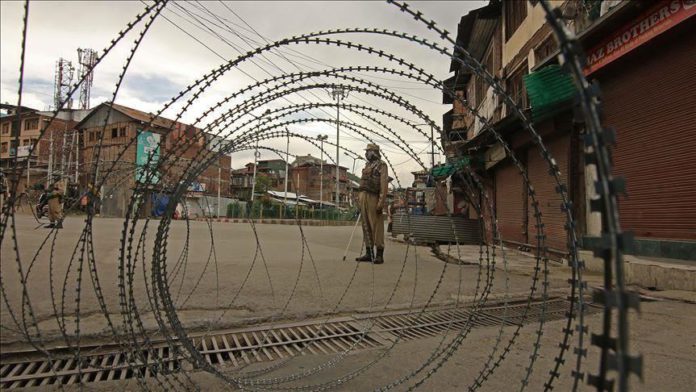 – The author is the secretary general of World Kashmir Awareness Forum based in Washington.

The principle of “right to self-determination” and its applicability to the 72-year-old Kashmir conflict needs to be considered during the 75th session of the Fourth Committee of the United Nations General Assembly that is taking place between Oct. 8 to Nov. 10, 2020 at its headquarters in New York.

The committee will discuss and deliberate the issues related to international conflicts and decolonization.

What I do hope to offer is an unstarry-eyed view of the fate of self-determination in Kashmir; and, the indispensability of convincing the UN that international peace and security will be strengthened, not weakened, by resolving the Kashmir conflict to the satisfaction of all parties concerned.

The self-determination of people is a basic principle of the UN Charter, which has been reaffirmed in the Universal Declaration of Human Rights, and applied countless times to the settlement of international disputes.

The concept seems to be as old as government itself and was the basis of French and American revolutions.

In 1916, US President Woodrow Wilson stated that self-determination is not a mere phrase.

He said that it is an imperative principle of action and included it in the famous 14-point charter.

This gave a prominence to the principle.

Self-determination as conceived by Wilson was an imprecise amalgamation of several strands of thought, some long associated in his mind with the notion of “self-determination,” others hatched as a result or wartime developments, but all imbued with a general spirit of democracy.

Self- determination is a principle that has been developed in philosophic thought and practice for the last several hundred years.

It is an idea that has caused people throughout the world to rise up and shed the chains of oppressive governments at great risk.

Finally, in 1945 the establishment of the UN gave a new dimension to the principle of self-determination.

It was made one of the objectives, which the UN would seek to achieve, along with equal rights of all nations.

Article 1.2 of the UN Charter reads: “To develop friendly relations among nations based on respect for the principle of equal rights and self-determination of peoples.”

From 1952 onwards, the UN General Assembly adopted a series of resolutions proclaiming the right to self-determination.

Resolution 1514 was seen almost exclusively as part of process of decolonization. It is entitled “Declaration on the Granting of Independence to Colonial Countries and Peoples.”

International Court of Justice considered several resolutions on the decolonization process and noted: “The subsequent development of International Law in regard to non-self-governing territories as enshrined in the Charter of the UN made the principle of self-determination applicable to all of them.”

This opinion establishes the self-determination as the basic principle for the process of de-colonization.

The principle of self-determination in modern times can be defined as the right of people to determine their own political status and pursue their own economic, social and cultural policies.

Self-determination in its literal meaning or at a terminological level also implies the right (of a person) to express themselves to organize in whatever way it wants.

A people must be free to express their will without interference or threat of interference from a controlling authority.

Although, the applicability of the principle of the self-determination to the specific case of Jammu and Kashmir has been explicitly recognized by the UN.

It was upheld equally by India and Pakistan when the Kashmir dispute was brought before the Security Council.

Since, on the establishment of India and Pakistan as sovereign states, Jammu and Kashmir was not part of the territory of either, the two countries entered into an agreement to allow its people to exercise their right of self-determination under impartial auspices and in conditions free from coercion from either side.

The agreement is embodied in the UN Security Council resolutions, explicitly accepted by both governments.

It is binding on both governments and no allegation of non-performance of any of its provisions by either side can render it inoperative.

However, when developments inside Jammu and Kashmir made it doubt its chances of winning the plebiscite, it changed its stand and pleaded that it was no longer bound by the agreement.

Of course, it deployed ample arguments to justify the somersault.

But even though the arguments were of a legal or quasi-legal nature, it rejected a reference to the World Court to pronounce on their merits.

This is how the dispute became frozen with calamitous consequences for Kashmir most of all, with heavy cost for Pakistan and with none too happy results for India itself.

By all customary moral and legal yardsticks, 23 million Kashmiris from both sides of the Cease-fire Line enjoy a right to self-determination.

If law and morality are overwhelmingly on the side of Kashmiri self-determination, then why has that quest been thwarted for 72 years? The answer is self-evident: the military might of India.

India is too militarily powerful, including a nuclear arsenal, and too economically mesmerizing to expect the US, the UN, NATO, or the European Union to intervene.

The US is reluctant to exert moral suasion or pressure to prod India because it covets more India’s alluring economic markets and collaboration in fighting global terrorism.

Further, the size and wealth of the Indian lobby in the US dwarfs the corresponding lobbies supporting Kashmir.

Secondly, there are no insuperable obstacles to the setting up of a plebiscite administration in Kashmir under the aegis of the UN.

The world organization has proved its ability, even in the most forbidding circumstances, to institute an electoral process under its supervision and control and with the help of a neutral peace-keeping force.

The striking example of this is Namibia, which was peacefully brought to independence after seven decades of occupation and control by South Africa; East Timor and Southern Sudan, which got independence only through the intervention of the UN.

Thirdly, as Sir Owen Dixon, the UN representative, envisaged seven decades ago, the plebiscite can be so regionalized that none of the different zones of the state will be forced to accept an outcome contrary to its wishes.

In conclusion, a sincere and serious effort towards a just settlement of the Kashmir dispute must squarely deal with the realities of the situation and fully respond to the people’s rights involved in it.

Indeed, any process that ignores the wishes of the people of Kashmir and is designed to sidetrack the UN will not only prove to be an exercise in futility but can also cause incalculable human and political damage.

NATO should always be ready to 'expect the unexpected’: Commander

US' Blinken discusses cooperation with Chinese diplomat on COVID origins