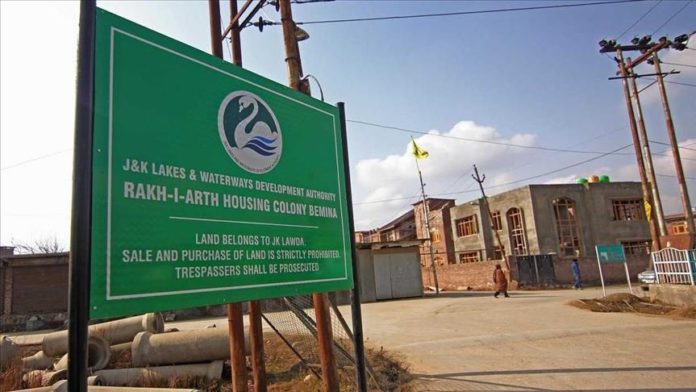 *The writer is the secretary-general of the Washington-based World Kashmir Awareness Forum.

“United Nations support for the right to self-determination—while slower than it was at its historic peak in the 20th century—remains both a source of pride and a crucial pillar of its working and going forward,” Antonio Guterres, UN secretary-general said on Feb. 21, 2020.

“I encourage this committee [Special Committee on Decolonization] to ensure the self-determination of all colonial countries and peoples is implemented under the Charter of the United Nations.” Ambassador Volkan Bozkir, President, the UN General Assembly said on Oct. 14, 2020.

They included a right to self-determination for all peoples. But on close examination and application, the concept seemed to approach meaninglessness. The critical deficiency was the failure to provide earmarks for identifying the universe of peoples who enjoyed the right. And the earmarks are far from intuitively obvious. Is it common language, culture, art, history, ethnicity, religion, folklore, or education? Nothing in the Wilsonian self-determination principle offered even a clue to an answer.

At the Paris Peace Conference, the Irish pleaded with President Wilson to insist that the British recognize their right to self-determination. The Irish enjoyed a common language, heritage, ethnicity, history, and had universally celebrated the 1916 Easter Uprising and its dead martyrs. President Wilson, however, nixed the idea. He had larger aims in mind at Versailles, such as the League of Nations and an International Court of Justice which demanded British support. After a virtual civil war, the Irish gained self-determination in 1921, but sans the six counties of Northern Ireland which were predominantly but far from exclusively Protestant.

The Peace Conference also gave birth to Yugoslavia, composed of Serbs, Croats, Slovenes, Bosnians, Montenegrins, Macedonians, and Albanians. But there was no clear reason why self-determination did not justify seven nations instead of one. Indeed, post-Tito Yugoslavia quickly fractured into seven nations.

Czechoslovakia was another child of the peace conference, although Czechs and Slovaks were akin to oil and water. In 1992, they went their separate self-determination ways and split into two separate nations.

Self-determination as a principle

Self- determination is a principle that has been developed in philosophic thought and practice for the past several hundred years. It is an idea that has caused people throughout the world to rise and shed the chains of oppressive governments at great risk.

Self‑determination, despite its ambiguities, has blossomed into a pivotal element in international relations in recent times. It has proven the key to resolving long-festering disputes and unforgiving conflicts. Namibia, East Timor, Bosnia, Eritrea. Kosovo, Montenegro, Southern Sudan, etc. are examples.

In each case, self‑determination was fueled by oppressive rule, whether foreign or otherwise. It also derived strength from international law and resolutions of the United UN Security Council. Although the idea of self-determination defies Euclidean exactness, it enjoys universal support. Self-determination is celebrated in the UN Charter, in the International Covenant on Civil and Political Rights (ICCPR), and the UN General Assembly resolutions.

Article I of the UN Charter enshrines a major purpose the development of friendly relations among nations based on respect for the “principle of equal rights and self-determination of peoples”. The UN General Assembly resolution 1514 adopted in 1960 declares the self-determination from colonial rule or foreign domination.

In modern international law, self-determination is considered a collective “peoples’ right”. It is generally defined as the right of people not only to preserve the language, cultural heritage, and social traditions but also to act in a politically autonomous manner and — if the people so decide — to become independent when conditions are such that its rights would otherwise be restricted.

I would submit the following criteria as generally favoring a right to self-determination claimed by people, but they are far from conclusive: Common language and history, which tends to unify through shared customs, experiences, and stories; common race or ethnicity, which tends to avoid the intractableness of racial and ethnic bigotries and demeaning stereotyping; common culture, which tends to unify through shared values, celebrations, remembrances, heroes, arts, and literature; common religion, which tends to avoid clashes over ideas and practices that are highly combustible; common suffering or persecution under a prevailing dispensation; and, common willingness to endure hardships and to fight for self-determination, which are good barometers of the strength of public sentiment behind discrete nationhood.

Self-determination and Jammu and Kashmir

With these yardsticks in mind, let us turn to Jammu and Kashmir, which was one of more than 560 princely states during the long years of the British raj. It was ruled non-democratically by a Maharaja (ruler), subject to British control over the defense and foreign affairs, sometimes called indirect rule or paramountcy.

Within Kashmir’s boundaries lived Muslims, Pandits (Hindus), Sikhs, and Buddhists, but a commanding majority 80% subscribed to Islam. It was the Islam of the Holy Prophet and the Quran that teaches that in matters of religious coercion is unacceptable. The four religious’ groups in Kashmir thus lived in common neighborhoods, forged common friendships, shared in one another’s celebrations and joys, and generally avoided religion as a point of contention, unlike in so many other places in the world, like Northern Ireland, etc.

British paramountcy over Kashmir ended on Aug. 15, 1947. On that date, only three princely states had desisted from choosing accession to either India or Pakistan. They were Jammu and Kashmir, Hyderabad, and Junagadh. Under international law, all became independent on Aug. 15. But where did sovereignty then lie? In the people of the new states, or the non-democratically selected rulers?

Then Indian Prime Minister Jawaharlal Nehru subscribed to these sentiments. He declared that in cases where the religion of a princely ruler was at variance with the religious creed of the majority, then the views of the latter must prevail on all matters of sovereignty.

And Nehru did not limit himself to rhetoric. It was reinforced by bayonets. In Hyderabad, the Muslim ruler had opted for independence despite presiding over a predominantly Hindu population. The prime minister dispatched the military to ensure that the will of the Hindus that is their wish to accede to India was honored. A similar policy was adopted for Junagadh where a Muslim ruler had chosen accession to Pakistan against the will of his largely Hindu population.

Kashmir was a corollary case of Hyderabad and Junagadh. The majority Muslim population had been persecuted by a Maharaja for decades before Aug. 15, 1947 day that included discriminatory laws, state control of mosques, backbreaking taxation, deficient educational facilities, prohibitions on arms of self-defense, the death penalty for slaughtering cows, and brutal suppression of peaceful political dissent.

An indigenous revolt was in full swing and on the verge of toppling the Maharaja when statehood arrived. Under the “Nehru doctrine”, sovereignty over Kashmir instantly devolved on the people, and not on the tyrannical Maharaja. But Nehru cynically and opportunistically violated his doctrine. He schemed to forge an instrument of accession to India signed by the Maharaja and then dispatched troops to Kashmir to prop up his collapsing regime. Of course, under Nehru’s theory of sovereignty, the Maharaja lacked authority either to sign the accession document or to request Indian military intervention in Kashmir.

Nehru felt initial guilt over his villainy and raced to the UN clamoring for a self-determination plebiscite in Kashmir conducted by the UN in a free and unintimidating electoral atmosphere. But the prime minister forgot a wise proverb: “Be careful what you wish for, because you may get what you ask.” The Security Council, with the express approval of both India and Pakistan, adopted twin resolutions on Aug. 13, 1948, and January 5, 1949, mandating self-determination through a plebiscite in Kashmir after demilitarization of the territory.

Nehru was soon deceived by his delusion over Indian popularity in Kashmir. When he recognized that Kashmiris would never vote for the accession to India, the idea of a plebiscite was jettisoned. India contrived excuse after excuse for refusing to cooperate in holding the Kashmir plebiscite. Then, in the 1950s, the prime minister dropped all pretense of complying with the Security Council’s mandates by unilaterally proclaiming that Kashmir had fallen into India’s burgeoning sovereign orbit.

Nothing much has changed since then on the self-determination front. India has been insolently defying the Security Council’s plebiscite resolutions for more than 73 years. But the UN continues to list Kashmir as a disputed territory. The Secretary-General of the UN Antonio Guterres said about the situation in Kashmir on Aug. 8, 2019, that “the position of the United Nations on this region is governed by the Charter of the United Nations and applicable Security Council resolutions”.

As Nazir Gilani, president of Jammu and Kashmir Council for Human Rights argues that “we have to work hard to argue before the world that after Aug. 5, 2019, India has aggressed in Kashmir and has re-occupied it. According to the UN mechanism on Kashmir, India has committed a very grave offense”.

In sum, Kashmir is too important to international peace, security and human rights to be left to either the ignorance of Amit Shah, the home minister, or the fanatical and whimsical ambition of Narendra Modi, the prime minister of India.