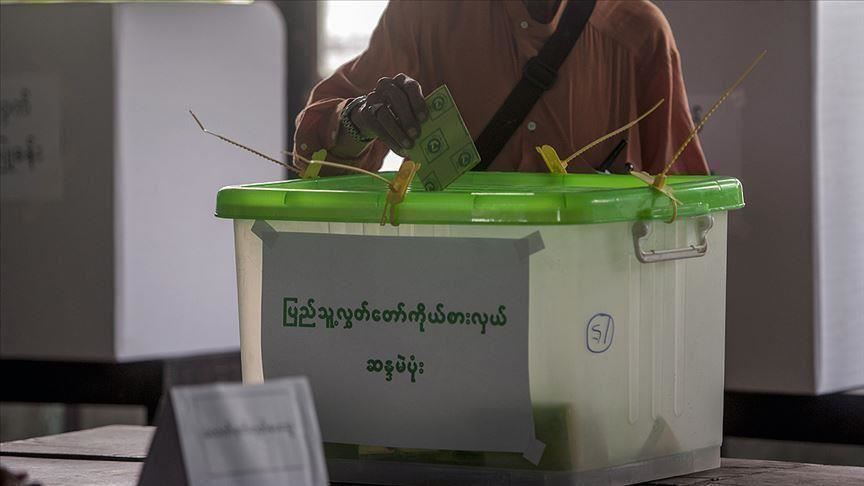 Five days after the US completed its presidential elections in which the incumbent President Donald Trump and his fundamentally racist campaign was defeated, Myanmar also held its general elections.

A common outcry from international human rights NGOs against the Myanmar elections has focused on the deliberate exclusion of Rohingya ethnic minority from the electoral contest, either as candidates or voters. One cannot help thinking that this is all a bit futile.

The outcry highlights the systematic denial of basic human rights and citizenship for the Rohingya as a Myanmar-based national community with its own linguistic and ethnic identity. However, it is inevitable amid an ongoing genocide. The point of genocide, after all, is to wholly or substantially destroy a targeted victim community, with its national, ethnic, racial, and religious – some would add “politico-economic identity” (as in capitalist or communist).

The Los Angeles Times’s editorial dated Nov. 14 reads, “nothing has tarnished Suu Kyi’s international reputation and disillusioned her admirers more than her refusal to protect Myanmar’s Rohingya Muslims, one of the most oppressed populations in the world. Sadly, many human rights activists who once revered her now believe she is a Myanmar Buddhist who simply does not recognize the rights of the Rohingya to be full citizens.”

While Myanmar State Counsellor Aung San Suu Kyi is indisputably the most influential politician in the country whose sway over the majoritarian Burmese Buddhist electorate remains unrivaled, she does have some power to reverse the course of what my scholar colleague Natalie Brinham and I call the slow-burning genocide of Rohingyas.

The genocidal persecution of Rohingyas was initiated by Gen. Ne Win’s military dictatorship in the late 1970s under the ostensible but invented pretext of illegal immigration of Bengali or Bangladeshi citizens across Myanmar’s land and river western borders. During the past 40 years, several chronic waves of genocidal purge have been perpetrated principally by the Burmese armed forces, involving all three branches of the defense services (Air Force, Navy, and Army) known as the Tatmadaw.

It was not until the two consecutive waves of violent deportation and destruction of Rohingya in 2016 and 2017 respectively that the UN had begun to take up the criminal nature of their expulsion to Bangladesh. For decades. UN’s typical involvement was through its refugee agency with the focus on the humanitarian needs of the Rohingya victims.

There had been major break-throughs in terms of the emerging worldwide recognition that Myanmar is committing genocide.

Myanmar’s genocide and crimes against humanity directed at them have landed on the radar of the International Criminal Court, with its focus on establishing individual criminal responsibilities of Myanmar leaders, both civilian and military, and the International Court of Justice with its focus on the state responsibility of Myanmar to uphold the Genocide Convention.

Virtually all credible research institutions and human rights studies save Human Rights Watch and Amnesty International have reached the scientific – not simply interpretative – conclusion that Myanmar is committing a textbook example – not of ethnic cleansing because there are no textbooks or international law on ethnic cleansing – of genocide as spelled out by the late Raphael Lemkin, the father of genocide as defined in international law and as a concept.

Global public opinion appears to have reached its conclusion: Myanmar has succeeded in the genocide of Rohingya as a distinct ethnic group. While the Myanmar government and the majoritarian Buddhist public continue to doggedly deny the verifiable Rohingya group identity, history, and existence in Western Myanmar for at least more than 200 years since the time of the French Revolution of 1789, the International Court of Justice (ICJ) has officially weighed in on the Rohingyas’ legal status as an ethnic community, when it ruled that Rohingya qualify as a national minority protected under the Genocide Convention in January this year.

No signs of reversing genocidal policies

Dictatorship or quasi-democracy, whatever form the regime in Myanmar assumes it is more than clear that Myanmar as a UN member state has shown no sign of reversing its genocide policies towards this protected group. Besides, three decades after the Burmese public staged their People Power uprisings – popularly known as 8.8.88 after its date Aug. 8, 1988 — against the socialism-coated military dictatorship of former Gen. Ne Win, the overwhelming majority of the Burmese public have neither valued nor internalized the new liberal norms of universal human rights. This has been observed by Myanmar watchers and journalists.

The Yangon-based journalist Ben Dunant wrote in Frontier Myanmar that “journalists and activists who dare to criticize a popular government have reported regular abuse from outraged members of the public, and demonstrations in favor of press freedom have not attracted more than a few dozen participants. The outcome of the election suggests there is little electoral cost to the government putting its critics in jail because few voters have sympathy for them. It exposes the vast gulf that exists between human rights discourse and popular sentiment.”

Additionally, the Burmese electorate did not seem to be overly concerned about the fact that the Union Election Commission established by Suu Ky’s puppet-President Win Myint canceled elections, either wholly or partially, in over 50 predominantly minority townships and villages, on grounds of security.

There was little or no public protest over nearly two million citizens, having been deprived of their right to choose their own local and national representatives even in a less-than-democratic parliamentary system. The majority of these disenfranchised voters are state-recognized national minority groups such as Chin, Rakhine, Kachin, Shan, Ta’ang, Karen, and so on. Notwithstanding their full-citizenship and “indigenous” status in the eyes of the Burmese state, the non-Rohingya minorities have long been subjected to a form of colonial subjugation at the hands of both Suu Kyi’s ruling National League for Democracy party and the country’s military establishment.

It is then little wonder that Rohingya, subjects of systematic and sustained genocidal propaganda – according to which the Rohingya are illegal and unwanted Bengali, with no citizenship rights – did not even get a mention in any election campaign by any party, except as a negative topic to score political brownie point with the genocidal electorate.

Sadly, there is a disturbingly ugly truth about Myanmar elections and the majoritarian Bama or Burmese electorate, that has just given the NLD and its autocratic leader Suu Kyi a decisive mandate, namely the discernible absence of appreciation for fundamental human rights or minority protection as guiding principles in the nation’s electoral politics of the past 10 years.

During the last 30 years, Myanmar has hosted a constellation of award-winning human rights defenders, celebrated dissidents, pro-democracy journalists, and well-known civil society actors many of whom spent half their lives behind bars and solitary confinement. Aung San Suu Kyi is only the best known – and hence most frequently denounced.

Ironically, the very international media and human rights organizations and governments which previously manufactured her as the mediagenic, Oxford-educated, oriental but liberal icon taking on the ugly brutish generals now engage in ritual denunciation of Suu Kyi.

Myanmar voters continue to be inspired to give Suu Kyi’s party a third landslide victory since the NLD’s first electoral victory in 1991 which the generals brazenly disregarded. But the majoritarian pro-NLD voters have been voting against what they fear – the return to the repressive military rule or open domination – as opposed to a new collective vision of a new democratic, anti-racist Myanmar which appreciate and respect basic human rights as inalienable, irrespective of race, faith, ethnicity or migratory histories.

Against this backdrop, Myanmar election cycles will neither reverse the country’s colonial treatment of all its non-Bama or non-Burmese populations, nor end the country’s near completed genocide against Rohingya.