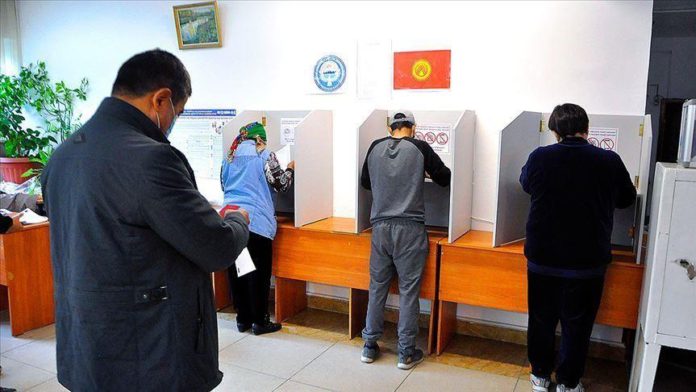 *The writer is a UK based analyst and has worked with universities in three Central Asian countries.

The outcome of Sunday’s presidential polls in Kyrgyzstan and parliamentary elections in Kazakhstan was on predictable lines suggesting that people have chosen continuity over change. Significantly, the polls were conducted peacefully, showing that steps had been taken to avoid any destabilization in both the countries.

In his victory speech, Kyrgyzstan’s newly elected President Sadyr Japarov said it will take two to three years for his country to come out of difficult circumstances. He reminded that after Oct. 4, 2020, contested elections, people had protested and demanded accountability from those involved in corrupt practices. Regarding the reforms, he said that soon after the constitution council completes drafting necessary amendments to the constitution, the parliament will set a date for holding a referendum in the summer of 2021 to restructure the state institutions.

He also vowed to bridge the gap between the two regions of the country.

“Some politicians have a tendency sticking to the divisive politics of the north versus the south. My support has transcended across all regions. I directly appeal to ordinary people and the youth specifically that I will build their capacities and devlop their potential to help youth lift the economy to generate more employment, “said Japarov.

Former President of Kyrgyzstan, Rosa Utunbayeva also advised the country’s newly elected leadership to exercise caution for sake of stability and tread carefully on the path ahead.

Veteran political observer Marat Kazakbaev said that the tough and troubling times demand to exercise a serious, and responsible attitude. He said it was necessary not to expose Kyrgyzstan to any further shocks. He asked politicians to reign in their ambitions to enable the country to get out of the difficult phase.

Supporting the proportional representation system, she believed that it will encourage parties to work harder on their manifestos and will enable the electorate to demand collective accountability from the elected representatives to ensure implementation of the promises made during electoral campaigns.

Challenges ahead in Kazakhstan

In the neighboring Kazakhstan, where the ruling Nur Otan (Radiant Fatherland) party secured a sweeping victory in parliamentary elections also symbolized continuity. But analysts like Darkhan Kaletaev, a senior diplomat said challenges posed by COVID-19 are now a real test for the elected representatives.

Emphasizing the need for the presidential form of government to ensure economic and social stability, he said there was also a test of how successfully the country will be able to create an alternate economy moving away from dependence on energy exports which form the primary source of income for the government.

Several commentators are drawing attention to the fact that despite all the difficulties created by the pandemic, the two Central Asian states have been able to take steps to help the political process move forward. Ahmet Muradov, who has been an MP in Kazakhstan’s parliament pointed out that given the complicated situation maintaining stability is among top priorities.

Azat Perushaev from Kazakhstan’s Ak Zhol (Bright Path) party said that the elections gave the political parties a chance to make promises and offer solutions to the problems afflicting the electorate. Though there were some impediments all those who participated in the process have contributed their effort to advance the political process. Ali Bektev, leader of Kazakhstan’s Auyl (Farmers) party said that under the prevailing conditions posed by the pandemic canvassing was constrained and hence interaction with the people remained limited. But it also helped candidates to move around and meet people face to face and allowed them to know issues first hand.

According to election authorities, the ruling Nur Otan party got 71.9% of votes as compared to 84% in the 2016 elections. Two parties loyal to the establishment like Adal (Honest) with 3.5% votes and Auyl (Village) with 5.29%, votes failed to get the minimum 7% votes to get seats in the parliament.

Other political parties who secured seats in the parliament are the Ak Zhol (Bright Path) party securing10.9% and the Communist Party of Kazakhstan led by Aikyn Konurov getting 9.10% votes.