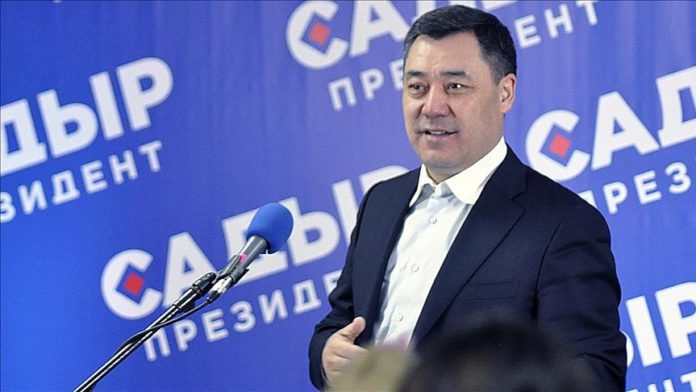 During the two-day visit of new Kyrgyz President Sadyr Japarov to Russia, the two countries witnessed the inking of a defense pact and also agreed to develop a strategic partnership.

The agreement included allowing the use of unmanned aerial vehicles (drones) in Kyrgyzstan. While no further details were released, the drones may be used for surveillance in southwestern Kyrgyzstan, on the southern fringe of the Fergana Valley along borders with Uzbekistan and Tajikistan in Batken.

Japarov’s first trip abroad after assuming office provided a good opportunity for him to establish direct contacts to build trust with the main ally that is Russia. For the Russian leadership, it was an opportunity to develop a rapport with top authorities with whom they would be working in the future.

The new president sought cooperation from leading Russian companies in key sectors such as energy, industry and infrastructure, tourism, and new technologies. He invited them to establish businesses in Kyrgyzstan. He listed the light industry as a priority sector.

He also sought the opening of joint export-oriented enterprises for garment and textile products, production facilities for processing agricultural products, including the construction of trade and logistics centers for storage and onward supply of agricultural products to the markets of the Eurasian Economic Union (EAEU) states.

Japarov also expressed hope that cooperation in digitalization and new technologies will advance in the coming years.

According to Stanislav Pritchin, a senior researcher with Asia Center for Post-Soviet Studies, the new government of Kyrgyzstan may distinguish itself by creating effective legal tools by addressing issues like protecting the investment, recovery of expenses, and ensure returns on the investment. He said that Kyrgyzstan has a fairly good investment potential that covers several industries, in particular the mining industry, hydropower, as well as in agriculture, and tourism.

But it has not proven successful to create mechanisms that would guarantee the protection of investments, guarantee effective implementation of such projects and also ensure that central and local authorities comply with all obligations. Pritchin said it has become necessary to create mechanisms that would prioritize the conditions for inviting investors from the EAEU countries to intensify cooperation within the framework of the regulations of the association. Moreover, Kyrgyzstan also needs to comply with the standards of the union to open up more market opportunities.

Kyrgyzstan was integrated into the EAEU in 2015. Observers say entrepreneurs in the country need to improve their products to comply with technical regulations and standards set by the EAEU.

One of the proposals concerns the creation of a vaccination reserve for Kyrgyzstan. As a follow-up to the summit level visit, both countries are taking up issues related to vaccination, which includes the possibility of producing the Russian vaccine in Kyrgyzstan.

Oil prices down with record new virus cases in US state

Romanian mayor re-elected after his death from COVID-19