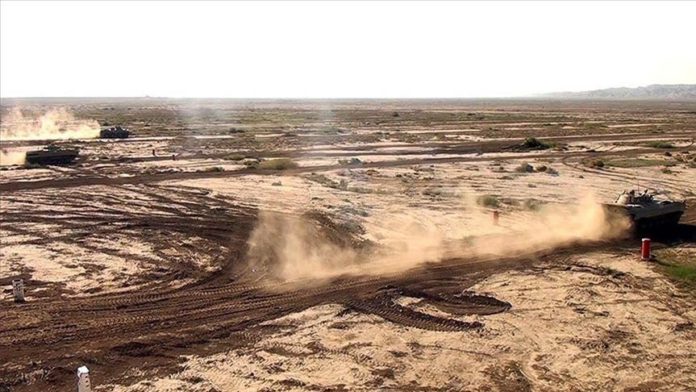 The Nagorno-Karabakh conflict, which was ignited by Armenia’s adventurist territorial claims against the sovereignty of Azerbaijan, began in the late-1980s. It comes as no surprise that Nikol Pashinyan, the prime minister of Armenia, remains firm in his rights-refusing attitude against the Azerbaijani people. Turkey, as one of the most stable countries in the region, invariably stands by the Republic of Azerbaijan and the dignified citizens of Azerbaijan. Turkey’s resolution to relieve the outstanding problems emanating from the illegal Armenian occupation in 1993 remains unabated. Although Turkey’s status as a reliable interlocutor and strategic partner for the Southern Caucasus countries has already been emphasized in many media outlets, Turkey’s role in the Nagorno-Karabakh conflict as a European Union (EU) candidate country as well as the influence of the Turkish stance in this conflict on EU-Turkey relations are yet to be addressed.

Legal insights into the Nagorno-Karabakh conflict

As noted, the Nagorno-Karabakh conflict has been on the agenda of the regional countries, as well as the Organization for Security and Cooperation in Europe (OSCE) Minsk Group, since the 1980s. First and foremost, the main legal instrument that must be considered is the constitution of the Union of Soviet Socialist Republics (USSR). Article 78 of the Constitution clearly stipulates a mutual agreement between Soviet republics for altering the borders between them. The Ministry of Foreign Affairs of Azerbaijan notes that this provision was also incorporated into the constitutions of the then Soviet Republics of Azerbaijan and Armenia. The judgment of the Supreme Council of the USSR (1988) is also highlighted by the Ministry.

Following its blatant violations of the Constitution of the USSR, Armenia attempted to legalize the secession of Nagorno-Karabakh and illegally declared the so-called “Republic of Nagorno-Karabakh” in the territories of Azerbaijan. This action is undoubtedly illegal and illegitimate because, once again, it is a clear violation of the Constitution of the USSR. Regarding the existing public international law framework, it should be noted that the legal and political notion of “territorial integrity” overweighs the right to self-determination, and self-determination (right of secession) does not constitute a rule of customary international law, which is one of the primary sources of international law. Indeed, a possible declaration of independence in the occupied Nagorno-Karabakh region was not based upon a natural right and peremptory norm stemming from international law, yet it could have been possible had a referendum been held under transparent conditions in accordance with the aforementioned constitutions.

Ever since the dissolution of the USSR, the just cause of the Azerbaijani people has been orchestrated through an astute diplomacy, thanks to the United Nations Security Council (UNSC) Resolutions 822, 853, 874, and 884. What these resolutions affirm is the territorial integrity of Azerbaijan and the groundlessness of the Armenian secessionist claims. Assoc. Prof. Cavid Abdullahzade, a scholar of international law at Ankara University, defines Armenia’s violation of international law and international humanitarian law as a “continuous crime”, which is a notion used to define crimes consisting of continuous series of acts and offenses. [1] Since the late-1980s, Armenia has been attempting to legalize its occupation in Nagorno-Karabakh. Bearing in mind the recent armed attacks on civilian targets in the Azerbaijani city of Ganja and in the Nakhchivan Autonomous Republic, which constitute crimes against humanity, we can safely assert that the Armenian officials have once again demonstrated that they will never shy away from committing continuous crimes against humanity.

Turkey: A Brother of Azerbaijan and an EU-candidate country

Since the collapse of the Soviet Union, Turkey has been aiming to strengthen the independence and sovereignty of the countries in the Southern Caucasus, namely Azerbaijan, Georgia and Armenia. It would not be wrong to say that Turkey’s deep-rooted historical and cultural ties with the region enhances the spirit of regional cooperation. As the first country to recognize the independence of Azerbaijan in 1991 and a member of the OSCE Minsk Group, Turkey stands by the righteous party, Azerbaijan, whose rightfulness has been repeatedly affirmed by the UNSC Resolutions. Undoubtedly, the unwavering solidarity and brotherly relations between Turkey and Azerbaijan sheds light on the settlement of the dispute through peaceful means.

Interestingly, setting aside its decades-old political and legal confrontations with Armenia, Turkey was also one of the first countries to recognize the independence of Armenia in 1991. Although this diplomatic gesture is generally attributed to Turkey’s perpetual pursuit of peaceful settlements in the Southern Caucasus, Turkey’s foreign policy preferences prioritizing Armenia’s integration with regional and Euro-Atlantic organizations, such as the EU, prevails in this respect. Turkey’s invitation for Armenia to join the Black Sea Economic Cooperation (BSEC) as a founding member is an example of a constructive effort crystallizing Turkey’s European and Western integration agenda from a different point of view. Furthermore, with a view to normalizing its bilateral relations with Armenia, Turkey drew particular attention to the Zurich Protocols signed between the two parties in 2009. Yet, it ought to be stressed that Armenia, unfortunately, spurned the bona fide endeavors to normalize relations, by suspending the ratification process of the protocols.

Notwithstanding Armenia’s irrational foreign policy choices, the EU must consider Turkey’s strong commitment to support the European and Western integration processes of the countries in the Southern Caucasus, including Armenia. If embraced, this well-established perception would possibly actualize the “win-win strategy” offered by Turkey, in order to maintain European peace and stability. The Union’s Common Security and Defense Policy may constitute the backbone of this strategy.

The EU’s Common Security and Defense Policy (CSDP) was established to ensure Europe’s security through initiating several missions. Briefly, the CSDP is based on a trilateral problem-solving mechanism: crisis prevention, crisis management and rehabilitation. Although currently the Nagorno-Karabakh conflict is not on the agenda of the CSDP of the EU, the fragile security environment in the region continues to threaten the European security and the Union may launch necessary initiatives to deploy CSDP instruments to Nagorno-Karabakh.

In this respect, the EU’s imminent CSDP mission in Nagorno-Karabakh will not bear its fruits unless Turkey is involved in the said mission. Turkey, as a European NATO ally, continued its support to the CSDP in its prior and ongoing missions in accordance with its accession process and its strategic ends to preserve European security. Recalling Prof. Huseyin Bagci, a scholar of international relations at the Middle East Technical University, and Ugo Gaudino’s statements on the CSDP missions in the Balkans [2], some Western countries would reap benefits from Turkish contributions to the CSDP missions. Regarding the possibility of a CSDP mission in Nagorno-Karabakh, the EU should consider Turkey’s capacity to ensure stability. Paying regard to Turkey’s aim of establishing a common area of prosperity in the region, the Union must involve Turkey in its CSDP missions more. But before this, the Azerbaijani President Ilham Aliyev’s demands to include Turkey in the Nagorno-Karabakh solution process should be taken seriously by the EU, so as to provide a fresh start to cooperation with Turkey.

[ The writer is a Master of Laws (LL.M.) in International and Comparative Law candidate at Trinity College Dublin. He is a 2019-2020 European Union (EU) Jean Monnet scholar. He holds a Bachelor of Arts (B.A.) degree in law and minor degree in political science from Bilkent University. His main focus areas are Turkey-EU relations, Eastern Mediterranean and contemporary debates in Turkish foreign policy. He has a special interest in public international law, EU law and Late-Ottoman era legal-political developments. ]