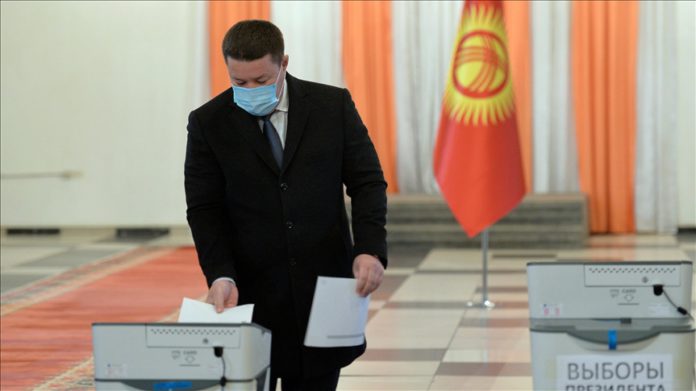 In the Central Asian nation of Kyrgyzstan, where voters are choosing a new president on Sunday, more significant is that they will also decide the shape of future governance. Alongside presidential elections, the referendum is being conducted, whether the country should remain a parliamentary republic or switch to the presidential system.

While Sadyr Japarov, the favorite candidate in the fray favors consolidation of power in the president following neighboring Central Asian states, there are many voices, who want to continue with the existing parliamentary system, where powers are distributed between the president and prime minister.

Three months ago, Japarov rode on the wave of dissatisfaction and protest over vast corruption and mismanagement which the administration of President Sooronbay Jeenbekov proved ineffective to handle. Following reports of widespread rigging during the Oct. 4, 2020 elections, popular protest erupted at the central squares of capital Bishkek. This further compromised the position of Jeenbekov, who failed to contain these protests.

At that juncture, Japarov stepped in to fill the leadership vacuum claiming to be the honest and bold voice of those protesting against the establishment. He has been promising to restore power to the people, once he is elected.

In the referendum, if more than 50% of voters decline to favor any of the proposed options that are the parliamentary or the presidential system of governance, then Kyrgyzstan will continue with the existing constitution. After the inauguration of the elected president, the 400 local councils and parliament will go to polls early summer.

If the majority of voters during the referendum vote for parliamentary democracy, then significant amendments will be made to the constitution, where the president will become a titular figure, who will be elected by the parliament. All power will be concentrated in the hands of the prime minister, who will also be approved by parliament members.

If the referendum favors the presidential system of governance, then the new amendments to the constitution will give parliament powers to pass laws and the country’s budget but will lose the right to appoint the prime minister and his ministers. The members of parliament will be left with the right to impeach the president, and he, in turn, will be able to dissolve the parliament. The seats of parliament will also be reduced. To further dilute the parliamentary oversight, a parallel body namely the Consultative Council on Constitutional Affairs is being proposed whose members will be appointed by the president.

It seems that authorities in Kyrgyzstan are inclined towards steering the country’s political system from its present phase of unpredictability to a stable system. Such a turn will mark a departure from the past 10 years of experiments with the parliamentary system. Moreover, some circles in the country are apprehensive about the shrinking of space for civic society and the media.

While a switch to the presidential system may not adequately address the long-running disparities between Kyrgyzstan’s trading communities in the north and farming communities in the south, yet it may bring to a halt the sudden changes at the top which have happened in 2005, 2010, and more recently in October 2020.

Presidential favorite Japarov comes from Issyk-Kul which is the easternmost province of Kyrgyzstan. It is surrounded by Kazakhstan’s Almaty province in the north, Kyrgyzstan’s southwestern province of Naryn and in the southeast with Chinese Xinjiang.

His rise to power is said to favor the interest of the country’s northern clans yet he also has the backing of some elements in the south. At a time when leaders from the past two governments are fighting to weaken each other Japarov may enjoy blessings from the supporters of former President Kurmanbek Bakiyev who was in office from 2005-2010. Japarov had first served as an advisor to the former president from 2007-2009 before becoming the head of the country’s anti-corruption agency, where he served till 2010.