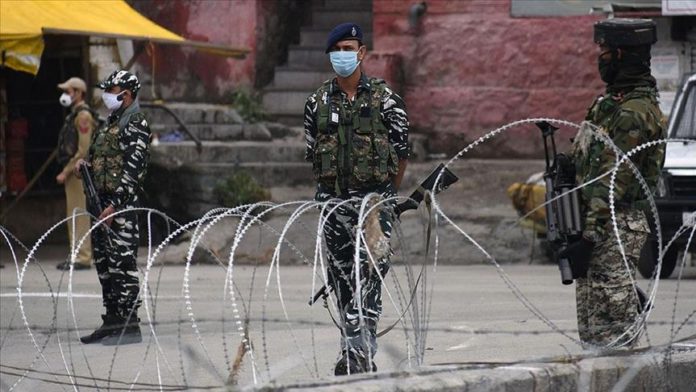 *The writer is the secretary-general of the Washington-based World Kashmir Awareness Forum.

Benjamin Franklin, a signer of the US Declaration of Independence from Britain and the man responsible for negotiating a treaty between the colonies and France, asked: “When will mankind be convinced and agree to settle their difficulties by arbitration?”

Perhaps the simple answer is that it will come about when power is distributed among men in such a way that it cannot be abused by any individual or nation, and that both personal and national sovereignty is once and for all respected.

Franklin was a very wise man. He wrote, in respect to the American Revolution: “We shall be divided by our little partial, local interests, our projects will be confounded and we ourselves shall become a reproach and a byword down to future ages. And, what is worse, mankind may hereafter, from this unfortunate instance, despair of establishing government by human wisdom and leave it to chance, war, or conquest.”

He was also an inventor. Inventors cannot stand confused. They look for ways to simplify, to turn what is thought to be unrelated into a unity of parts that mean something or that can be used in a practical way. No doubt, he viewed war as stupidity, a useless way of dealing with problems. As an ambassador for the colonies to Great Britain between 1767 and 1775, he sought constructive relations between the two countries. He was in fact a loyalist, a man who believed that the king should have more power (it was simpler) but became a patriot and ultimately a believer in liberty and the self-determination of those who wanted to escape tyranny.

It was through Franklin’s agency, his power of persuasion, and perhaps France’s discomfort with growing British strength that France aided the American colonies and brought balance to what might have been a lost cause for the American Revolution.

Franklin obviously believed that resistance by the colonies was a preferable route to capitulation. “They that can give up essential liberty to obtain a little temporary safety,” he wrote and added: “deserve neither safety nor liberty.” With sufficient resistance, one has the strength to demand negotiations if winning outright isn’t in the cards. A man who is weak can demand nothing.

The need for both resistance and arbitration in the case of Kashmir is obviously needed, but we have a balance of power problem just as the colonies did in the beginning. India’s 900,000 plus troops stationed in Kashmir, combined with its control over local law enforcement, presents a difficult if not an insurmountable challenge to those willing to resist the foreign occupation. The presence of such a large number of troops, plus 73 years of conflict, would seem to most observers a clear indication that Kashmir’s differences with India are intractable and irresolvable given the persistent resistance, despite the serious imbalance of power between the two.

While a lot has been said in recent UN General Assembly sessions about international peace and security on one side and conflict resolution on the other, all emphasized the need for cooperation and not confrontation. However, in the end, it was clear that every member nation wanted cooperation that will serve only its own national interests, and not cooperation that will serve humanity or the interests of other nations or people.

Lars Lokke Rasmussen, the former Danish Prime Minister, said, “Today the world again faces a situation, where cooperation and dialogue are all too often replaced by force and violence.” His vision can hardly be disputed by anyone.

Former President Obama said, “It is these international principles that helped constrain bigger countries from imposing our will on smaller ones…On this basis, we see some major powers assert themselves in ways that contravene international law.”
Quite true, obviously. But, of course, Obama was subtlety pointing fingers at Russia, and perhaps it would be well if his own foreign policy advisors should have given heed. US intervention militarily in numerous countries in the last three decades, whether directly or indirectly, such as in Syria, are a matter of history. Zbigniew Brzezinski, a national security advisor to President Carter, had proposed that we “disarm” the Russian ships supporting the Syrian regime. President Putin had, however, suggested that Russia’s presence in Syria could lead to negotiations to settle the political differences involved. None of this bloodshed and millions of displaced Syrians would have occurred if that had been the policy from the start.

I fail to understand who prevents these world leaders from using their moral authority to persuade the violators of international laws, like India in Kashmir, to abide by these principles. Perhaps international arms sales and the general military industrial complex that seems to have a firm grip on foreign policy priorities might offer a clue, and when world leaders are complicit, it is rather difficult for them to hold any high ground in any moral prerogative that might be addressed toward one’s partners. Observing democratic process and civility in international affairs seems too great a request for people who lack both the will to act responsibly and the maturity to understand the proper role of civil servants of society.

I believe that the best way to resolve the Kashmir conflict which directly affects the peace and stability of India and Pakistan is through listening to Mahatma Gandhi, the father of the nation of India who said on July 29, 1947, in Delhi, “The real sovereign of the state are the people. The ruler is a servant of the people. If he is not so then he is not the ruler. This is my firm belief, and that is why I became a rebel against the British – because the British claimed to be the rulers of India, and I refused to recognize them as such. In Kashmir too the power belongs to the public. Let them do as they want.”

The refusal by India to sit down at the negotiating table with Pakistan or those representing the aspirations of the people of Jammu and Kashmir indicates that India is not even close to addressing the realities of Kashmir and the will of the people. This must change. Peace in the region will benefit not only those who are directly impacted by this conflict, but India as well, whose economy is seriously drained by the maintenance of such a massive amount of troops in Kashmir, and the diversion it creates from other challenges it faces in raising the living standards of its population. Sounder minds must prevail. More rational methods of dealing with differences must be sought. Repeating the same mistakes while expecting different results has long ago been found to be the path of failure. Seventy-three years should demonstrate the need for a change in policy – a policy that accepts the need for coming together in a process that accepts the right of the people of Jammu and Kashmir to determine their own destiny.

The US has urged both India and Pakistan to settle the Kashmir conflict and come to the negotiating table, but it knows much better that bilateral talks have always failed. Third-party engagement or facilitation is needed since it yielded results in persuading India and Pakistan to reach a cease-fire agreement on Feb. 25, 2021, after a lapse of 18 years.

President Biden shook the conscience of the world powers when he spoke about the situation in Bosnia at the US Senate on Dec. 13, 1995, in these words, “A decade and a half ago, war tore this country apart and left at least 100,000 dead… and millions homeless. The genocide at Srebrenica brought home the unspeakable savagery of that war to the world. It was a call to conscience. My country – for too long on the sidelines – could no longer stand by.”

Biden should know that in Kashmir too, more than 100,000 people have died, and on August 15, 2019, ‘Genocide Watch’ issued a “Genocide Alert” for Kashmir. Perhaps, now is the time that Biden should listen to President John F. Kennedy’ speech to the UN General Assembly on Sept. 25, 1961, “That continuing tide of self-determination, which runs so strong, has our sympathy and our support…My Nation was once a colony, and we know what colonialism means; the exploitation and subjugation of the weak by the powerful, of the many by the few, of the governed who have given no consent to be governed, whatever their continent, their class, or their color.”

Without the US support, the likelihood of the Kashmir conflict dissolving into open warfare again, as it has in the past, with a cost of hundreds of thousands of lives seem unavoidable. Intervention is of paramount importance for the sake of international peace and security in the region of South Asia and beyond.