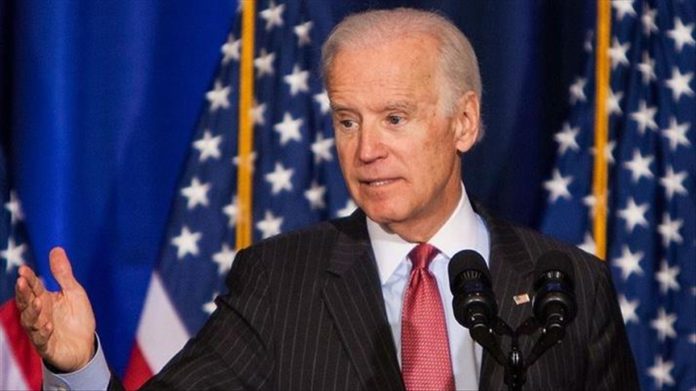 “Ben Rhodes’ fairy tale went up in smoke,” said my American friend, who is in the thick of Washington’s Burma policy circles, over the phone last night.

We were talking about the growing Nwe Oo Taw Hlan Yay, or the Early Summer Revolution, as the Burmese are calling their anti-coup general strike and civil disobedience movement.

In his voice, I could hear a deep sardonic pain.

He was referring to the national security adviser in former President Barack Obama’s White House.

Rhodes claimed at the time that a “Myanmar Spring” was unfolding with Aung San Suu Kyi at the helm as the country’s queen of democracy.

The Americans had thought that Myanmar’s transition was going smoothly, just as then-Secretary of State Hillary Clinton and their point man on Asia, Kurt Campbell, had planned.

Their boss, Obama, even made two state visits to the country.

It was then the Association of Southeast Asian Nations’ (ASEAN) basket case, ruled by the quasi-civilian government of retired Gen. Thein Sein.

Obama sang from the same hymn book, echoing Rhodes’ narrative of Myanmar’s transition from five decades of dictatorship to an “extraordinary example” of democratic opening.

To be fair, the American policy makers were not alone in telling fairy tales about my wretched country’s affairs.

I heard with my own ears my old mate, Thant Myint-U, the acclaimed American author and historian of Burmese origin, telling Burma audiences that the generals’ top-down democratic reforms were not perfect, but “then perfect is the enemy of the good.”

The men on horseback were taking “baby steps” – but steps no less – towards democracy.

Alas, I had myself to blame; I was the one to introduce this fellow democrat to the generals and helped secure his entry visa.

By then, I had given up believing in the generals’ fiction.

They peddled a two-pillared discourse of “we want to build a democracy” and “we don’t want to be pushed into the dragon’s embrace” – the dragon here being communist China.

As early as 2004, Gen. Khin Nyunt, then the head of military intelligence services and the third highest ranking general in the ruling junta, had used these lines to try to recruit me and other western-educated exiled Burmese dissidents to help normalize the country’s foreign relations with the West.

He was later sacked, along with the entire intelligence outfit, due to an internal power struggle within the junta.

Unpersuaded that the US government, then under George W. Bush, was going to do any heavy lifting for our struggle for democracy, I returned home to Burma to find our own Burmese solution, albeit with the post-Khin Nyunt regime in Yangon.

To me, the generals who replaced Khin Nyunt and his outfit repeated the same mantra.

Lt. Gen. Myint Swe and his deputy, Col. Mya Tun Oo, told me that they wanted to change the course of military rule, and that they needed help to tell the world the “true situation” of the country.

As I returned to Yangon after paying respects at my father’s grave in my hometown of Mandalay, Col. Mya Tun Oo picked me up from the airport and asked me, “Do you think it is only Daw Aung San Suu Kyi who can build democracy for our country?”

“No,” I answered, and proceeded to offer my rationale; if the emergence and development of a policy depends on one single individual or leader, it isn’t, and can’t be, a democracy.

My own fairy tale too went up in smoke when the generals who told me they were having a change of heart started killing Buddhist monks in the Saffron Revolt of 2007 and blocked emergency relief for the hundreds of thousands of victims of Cyclone Nargis in May 2008.

Consequently, I severed my ties with the military and resumed my anti-dictatorship activism from abroad, just as the Obama administration was going ahead with its strategic plan, known as the Asian Pivot or Rebalance.

With the benefit of hindsight, I realize the generals played all of us; from big policy players to street activists, how wrong we have all been!

Perhaps, Secretary Clinton should have listened to her instinct as she wrote in her book: “Maybe the generals are playing us.”

He ritualistically read out the “constitutional transfer of state power” to the coup leader, Sr. Gen. Min Aung Hlaing.

This act was broadcast on Myanmar’s state television and on the military’s exclusive propaganda channel, Myawaddy.

Gen. Mya Tun Oo, who as a young colonel in 2015 chauffeured me around to a few places in Yangon, assumed the post of the defense minister in the freshly-minted State Administration Council (SAC).

The council is popularly known as the “terrorist junta,” and officially dubbed as such by the de-jure democratic government, the Committee Representing Pyidaungsu Hluttaw.

Ben-Menashe was quoted as saying: “Aung San Suu Kyi moved toward China while she was in power. And these guys [in the military] don’t like it.”

Over a decade ago, I reached my own irreversible conclusion that leopards don’t change their spots, or as we say in Burmese, “a dog’s twisted tail will not be straightened simply by placing it inside a straight bamboo.”

This time around, killings cannot thwart the movement – not after a half-century of life as modern-day serfs under the boot.

The past month, since the pre-dawn coup of Feb. 1, literally millions of Burmese people from all walks of life and across all ethnic, religious and political divisions, continue to risk detention, enforced disappearances, murder by sniper fire, and loss of life and livelihood.

Hundreds of thousands of government employees, or civil servants, from all line of ministries, save the security sector, have since joined the civil disobedience movement – and taken up its “Quit the State, Liberate the Country” mission.

The SAC has stepped up its campaign of terror against unarmed and peaceful anti-coup protesters exercising their right to assembly and freedom of speech.

These troops are typically reserved for the military’s internal colonial wars of pacification targeting the country’s restive ethnic nationalities with their respective armed resistance organizations.

Some of the divisions, such as the LID-33, were the main perpetrators of the genocidal terror against Rohingya people in 2016 and 2017.

The influential Americans who helped promote Myanmar’s fairy tale of democratic transition – including Obama and Clinton – are nowhere to be seen as the military-controlled state of Myanmar commits grave violations of international law.

They were quiet as the generals committed genocide.

And they remain quiet as the violent crackdown, or “daily slaughter” of youth and other protesters, as army-bred activist Thinzar Shunlei Yi put it, unfolds.

Myanmar citizens are being terrorized from the air and on the ground.

The junta decided to bring out its Russian-made MiG-29s as a show of its determination to crush the protesters in urban centers.

Yesterday, UN Human Rights Commissioner Michelle Bachelet called for an end to what essentially are crimes against humanity – murder, torture, and enforced disappearance of over 1,700 activists in over 570 locations across the country since Feb. 1.

Weeks ago, President Joe Biden told the Munich Security Conference that “we [America] are back” and said “we must stand up for democratic values.”

He said the administration desires “a future where all nations are able to freely determine their own path, without the threat of violence or coercion.”

Yet, Biden chose not to make even a brief mention of the 25 million people in Myanmar risking their lives fighting for those very values.

He talks the democratic talk, but appears unprepared to walk the walk.

On the minds of all Myanmar democrats on the streets, in the diaspora, or in unknown torture centers across the country, is this: will the US administration – the “we are back” leadership of the Free World – lift a finger as lives are risked for the sake of rule of law, a representative government, and a new inclusive society?