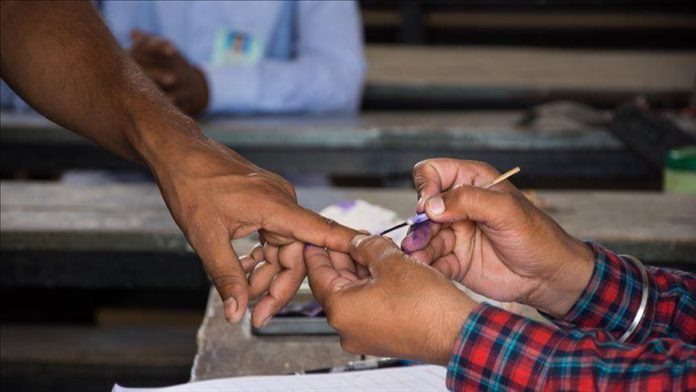 The idea that the dispute over the status of Jammu and Kashmir can be settled only per the will of the people, which can be ascertained through the democratic method of a free and impartial plebiscite, was the common ground taken by both Pakistan and India. It was supported without any dissent by the United Nations Security Council and prominently championed by the United States, Britain and other democratic states. It became a matter of controversy only after India realized that she could not win the people’s vote.

The disposition of those territories not directly administrated by Britain, but ruled by feudal princes under British paramountcy, also had to be determined. These areas, which numbered 565 and ranged from tiny pockets of land to country‑size areas, were called states. The principle that followed logically from the partition of British India was that these princely states should merge unless they could remain independent, with India or Pakistan according to (a) whether they were contiguous to one or the other and (b) what their people wished. The technical form that the merger took was the signing of an Instrument of Accession by the ruler. But the act was not and could not be, based on the arbitrary decision of one individual, for if it did not have popular approval, the people would revolt and an international conflict would arise. In fact, out of the 565 cases, there were disputes only in three. In two of these, Hyderabad and Junagarh, the ruler was Muslim while the majority was Hindu. When the ruler hesitated or refused to sign the Instrument of Accession to India, contrary to the popular will, India felt justified in marching in her troops and annexing the territories. Her decision obtained international acquiescence.

Kashmir was the third case. The largest of all states and the only one bordering on four countries ‑ Pakistan, India, China, and Afghanistan. It was the opposite of Hyderabad and Junagarh: the ruler was Hindu while the overwhelming majority of the people were Muslim. There were additional and unique circumstances: unlike all other states, Kashmir had witnessed an open revolt against the ruler in 1946. Ousted from Srinagar, his capital, on October 26, 1947, he called upon India to send her army to quell the revolt. India set the condition that he sign the Instrument of Accession to India and, without waiting for his signature, sent her troops into the state on October 27, 1947.

The act was so incongruous with what had happened elsewhere ‑ where in all cases the people’s wishes had prevailed ‑ that India knew it would provoke violent opposition from the people of the state as well as from Pakistan and outrage world opinion, India, therefore, felt compelled to declare that the accession executed by the ruler was “provisional” and subject to “a reference to the people.” On November 8, 1947, Jawaharlal Nehru, the Prime Minister of India proposed to the Prime Minister of Pakistan that: “The governments of India and Pakistan should make a joint request to the United Nations to undertake a plebiscite in Kashmir at the earliest possible date.”

While this proposal was under negotiation, fighting between the people’s forces (joined by volunteers from Pakistan) and the remnant of the ruler’s troops (joined now in overwhelming force by the Indian army) spread to different areas of the state. India brought the issue to the United Nations Security Council, as did Pakistan. The Council now had before it India’s complaint and Pakistan’s counter‑complaint.

There was much in these submissions that were controversial between India and Pakistan, but the proposal of a plebiscite was not. This is clear from the statement made by India’s Ambassador to the UN, Sir Gopalaswamy Ayyangar at the Security Council on January 15, 1948: “The question … whether she [Kashmir] should withdraw from her accession to India, and either accede to Pakistan or remain independent with a right to claim admission as a member of the United Nations – all this we have recognized to be a matter for unfettered decision by the people of Kashmir.”

Led by the United States and Britain, the Security Council adopted a resolution on 21 April 1948 which noted “with satisfaction that both India and Pakistan desire that the question of accession … should be decided through appointed a Commission of the United Nations to work out a plan for the demilitarization of Kashmir before the plebiscite.

The United States and Britain sponsored all of the Security Council resolutions which called for a plebiscite. Their commitment was indicated by a personal appeal made by America’s President Harry Truman and Britain’s Prime Minister Clement Atlee that differences over demilitarization be submitted to arbitration by the Plebiscite Administrator, a distinguished American war hero: Admiral Chester Nimitz. India rejected this appeal and, later on, objected to an American acting as the Plebiscite Administrator. American Senator Frank Graham also visited the Subcontinent as the United Nations Representative to negotiate the demilitarization of Kashmir before the plebiscite. India rejected his proposals as well.

The American position was bipartisan and maintained equally by Republicans and Democrats. Similarly in Britain, both Labor and Conservative governments consistently upheld the position that a plebiscite was the only way the dispute over Kashmir could be democratically and peacefully settled.

India’s obdurate stand has been effective in creating the impression among policymakers in America, Britain and elsewhere that the idea of a plebiscite is unworkable. This, however, cannot be considered conclusive.

There are no insuperable obstacles to the setting up of a plebiscite administration in Kashmir under the aegis of the United Nations. The world organization has proved its ability, even in the most forbidding circumstances, to institute an electoral process under its supervision and control and with the help of a neutral peace‑keeping force. A striking example of this is Namibia, which was peacefully brought to independence after seven decades of occupation and control by South Africa. Likewise, East Timor and Southern Sudan became independent only through the intervention of the United Nations.

Secondly, the idea of a referendum or plebiscite can be translated, without derogation, into the idea of elections to one or more constituent assemblies which will determine the future status of the state or its different zones. The sole condition is that the election should be completely free from undue pressure, rigging or intimidation: it must be conducted under the control and supervision of the United Nations.

It is clear from this historical narrative that there is nothing fuzzy about the modalities of holding the plebiscite in Kashmir. These were exhaustively worked out during the negotiations concluded by the United Nations about the implementation of its peace plan for Kashmir. The phased withdrawal of forces on both sides, the appointment of the Plebiscite Administrator by the United Nations Secretary-General, his induction into office, the institution of the electoral process under his authority, the exercise of powers deemed necessary by him ‑ all these are fully known to the parties. If a credible peace process is instituted, some t’s will need to be crossed and some i’s dotted.

Lastly, it is not the inherent difficulties of a solution, but the lack of the will to implement a solution, that has caused the prolonged deadlock over the Kashmir dispute. The deadlock has meant indescribable agony for the people of Kashmir and incalculable loss for both India and Pakistan. If the twenty-first century is not to be a century of unreason, injustice and terror and thus permitted anarchy, that agony should be brought to an end and that loss repaired. The peace that has eluded the South Asian subcontinent, home to one-fifth of humanity, should be made secure.

France: Football games to be played without fans