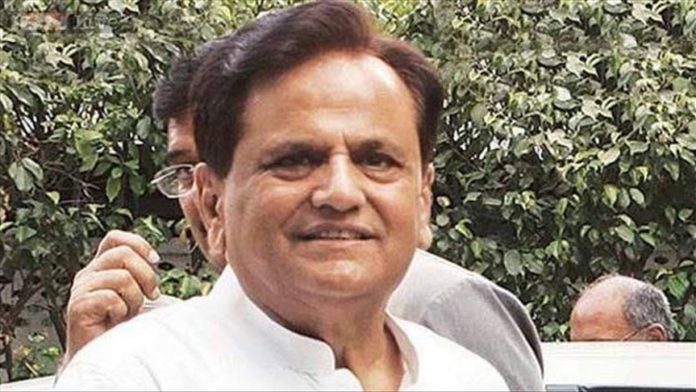 The writer is a senior journalist at Anadolu Agency

Behind every successful leader, there stands a confidant backroom boy, who not only exercises a surreptitious influence but works as an effective link for him with the world.

Recently, Indian politics lost one of its most important and longest surviving backroom boy, Ahmed Patel, to the COVID-19 at the age of 71. Wielding power and influence, while remaining firmly in the background, Patel worked as political advisor to Sonia Gandhi, president of India’s main opposition Congress party, for two decades.

From 2004-14, when Congress ruled India, Patel was instrumental in choosing ministers, political tie-ups, and a man behind actions in the parliament. Considering his clout and authority, no Muslim has so far been able to achieve such a coveted position in India’s national politics over the past 73-years, since the country’s independence.

A devoted Muslim, who could be seen offering late-night prayer in a corner of a mosque, just opposite the Indian parliament complex, Patel always kept a low profile. Once ahead of Friday prayers, when there was no water in the taps, he was seen operating a single tube well in the courtyard of the mosque. He continued pushing its handle, till all those who had come to offer prayers performed ablutions. Little did these poor souls know that a powerful person of the country was pumping out water for them.

His affable attitude, humble nature, and tendency to remain out of the limelight did not match the aura he had attained in Indian politics. At a first glance, he never appeared to be a kingmaker. During 10 years of the Congress party’s rule, he was the one to decide about appointments of ministers and advisors for the Prime Minister Manmohan Singh’s government, installing chief ministers in provinces, and choosing candidates to contest elections.

The working style of Patel, known as Ahmed Bhai (brother) in New Delhi’s political circles, was also unique. His bungalow at New Delhi’s Mother Teresa Crescent would turn to life at the dusk. He would inspect files, devise strategies, and return phone calls till early morning prayers. In a sense working on a graveyard shift was his routine. Top politicians and ministers used to line up in the lawns of his bungalow to seek an audience.

Once when I had an appointment with him, I saw Speaker of Lok Sabha (Lower House) Meira Kumar, Deputy Chairman of Rajya Sabha (Upper House), and few other ministers waiting outside his room. When I was ushered in, I told him that presiding officers of parliament were waiting outside, thinking he might not be knowing. But with a wry smile, he said they can wait forever, for the work they wanted him to do.

But to expect that he would ever give the news to a journalist was perverse. He was a repository of Indian political secrets. He would often say that these secrets would go along with him to his grave. But if a journalist did manage to get a scoop, he would either deny or confirm. Since it was known that he would not mislead, even if the news is against his interest, his one word “yes” or “no” was seen as authentic. Whenever you would call him, he would return the call or send back message only past midnight.

In August 2011, while working as a political reporter in New Delhi, I noticed Sonia Gandhi, who was also chairperson of the ruling United Progressive Alliance, was not seen in any public function over some time. Her office had canceled her appointments as well. I could dig this much that she had gone abroad. But it was still a question, why her tour is shrouded in secrecy?

In the next few days, I came to know that she had a health check at a local hospital and had been advised to go abroad for treatment. When I discussed it in the office, editors said it was a big news and cannot be published without due confirmation. I called Ahmed Bhai and as expected received his call back past midnight. His one sentence was that Gandhi was operated on successfully at a cancer hospital in New York.

The next day, after adding some more details to the scoop, my organization broke the news in the afternoon, which soon went viral. Prime Minister Narendra Modi, who was then chief minister of the western province of Gujarat, retweeted the news, with a question that why Gandhi’s ailments were kept top secret?

Whether it was the Congress party’s grand nationwide session or any meeting at the party headquarters, or even an Iftar party during Ramazan, he would ensure all arrangements, from setting the stage to security, sound system to deciding seating arrangement for guests singlehandedly. Soon the function started, he would merge into the background and sit in a corner with ordinary workers. Even when as a member of the party’s top decision-making body Congress Working Committee (CWC), he had to sit on a stage, he would prefer the last row, far from the media glare. He was never seen in any banquets at the presidential palace or national days of embassies or even at receptions hosted for foreign dignitaries.

In 2008, when Left Parties withdrew support on the issue of signing a nuclear deal with the US, the government was reduced to a minority. The opposition soon moved a no-confidence motion. They expected that the Left and socialist Samajwadi Party (SP), who were seen as anti-US would support the motion and bring down the government. It was left to Patel to save the government, who arranged a meeting of SP leaders Mulayam Singh Yadav and Amar Singh with former President APJ Abdul Kalam, who had been also a distinguished scientist. He counted the benefits of the Indo-US nuclear deal to the socialist leaders. Just after coming out of the house of the former president, they announced that they will vote for the government.

Since the Congress was leading a coalition government from 2004-14, in almost all parliament sessions Patel was seen running helter-skelter in the central hall convincing allies and opposition seeking support for a particular bill. His connections across the aisle were handy for the government. He was among a rare breed of politicians, who would never get angry, even if you disagree or even use harsh words against him or his leader.

In 2004, when the Bharatiya Janata Party (BJP)-led government was defeated in the elections, the outgoing Prime Minister Atal Bihari Vajpayee wanted the new government to continue with his four initiatives – strategic partnership talks with the US, peace process with Pakistan, interlinking of rivers, and construction of north-south and east-west highways.

Except interlinking of rivers, new Prime Minister Manmohan Singh continued with all the projects and even took them to new levels. While continuing the peace process with Pakistan in 2007, it was decided to sign an agreement to settle the issues of Siachen Glacier and Sir Creek. It was believed that by settling these issues, a positive atmosphere will be created to help crack more difficult issues like Jammu and Kashmir and terrorism and pave way for the visit of Singh to Islamabad for an overall agreement.

But when in February 2007, Pakistan’s Defense Secretary Tariq Wasim Ghazi arrived in India to finalize the agreement, the Election Commission of India had announced provincial assembly elections in India’s largest state of Uttar Pradesh. At the CWC meeting, which was called to finalize the list of candidates, Patel questioned Prime Minister Singh for going ahead and agreeing on troop withdrawal from the Siachen heights. Insiders recall that Patel, in presence of Gandhi, said that the opposition BJP will go hammer and tongs by displaying pictures of troops vacating the icy heights to marginalize Congress.

As this meeting was on, the news came that Army Chief Gen. Joginder Jaswant Singh, who was touring northeastern states, has publicly opposed the agreement. It was a surprise for Singh, as just a few days ago, at a meeting of the Cabinet Committee on Security, the army chief had approved the accord.

Patel’s opposition to the Siachen agreement proved a nail in the coffin of the India-Pakistan peace process. The same year later, Pakistan then-President Pervez Musharraf got preoccupied with tackling lawyers’ agitation. Ironically, neither BJP nor Congress won the Uttar Pradesh state elections. Both were trounced and a Hindu lower caste Dalit Bahujan Samaj Party won the elections.

Insiders in the Congress said Patel had given a choice to Singh that the party would work for building a public opinion either for a Indo-US nuclear deal or for a peace process with Pakistan. They said Singh chose the nuclear deal.

India’s current Minister for External Affairs Subramanyam Jaishankar, a former diplomat, had worked tirelessly for the conclusion of the Indo-US nuclear deal by using his contacts in Washington. Singh wanted him to become a foreign secretary in 2013. But it is believed that Patel vetoed the appointment on the ground that a staunch pro-US diplomat would not go well with the ideals of the ruling Congress party. Sujata Singh was appointed as foreign secretary. She was, however, dismissed by Prime Minister Modi in 2015 and replaced by Jaishankar, who had just a few days left to retire.

Since Congress had assumed power in 2004 by tying up an alliance of secular and liberal forces, who had panicked at the 2002 anti-Muslim pogrom in Gujarat, many party leaders were pushing for initiating criminal proceedings against then-chief minister of the state, Narendra Modi. But Patel, who also belonged to Gujarat, put his foot down, arguing to tackle Modi politically. He thus paved way for the ascendency of Modi to become prime minister.

In 2017, Modi and Home Minister Amit Shah tried hard to defeat him in the elections for the upper house. But they did not succeed. During his career, he was elected to the lower house thrice and remained a member of the upper house for several terms.

Ahmed Bhai’s faithfulness towards his leader, personal integrity, remaining away from the limelight, humble nature, and tolerance were some of the characteristics hardly seen nowadays in the corridors of politics and power.

In a heartfelt tribute, Gandhi said Patel was more than a troubleshooter and crisis manager for her. She described him as a quintessential organizational man, who worked quietly but effectively away from the public glare and spotlight. “Ahmed has left us, but his memories will live on,” she said.

Goodbye Ahmed Bhai. Stay in peace. In the words of poet Iqbal: “The imprudent ones consider death is the end of life. This apparent evening of life is the morning of perpetual life!”