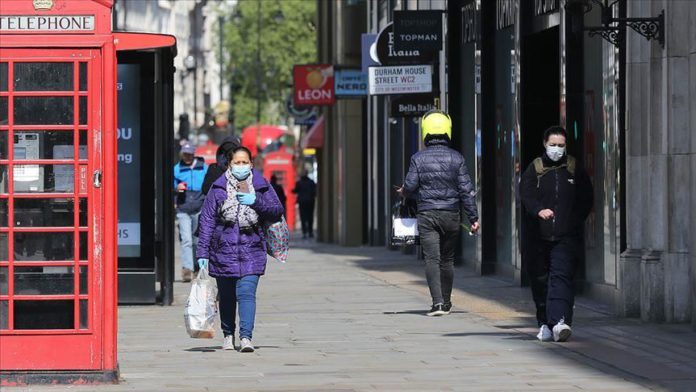 The UK’s coronavirus-related death toll this week passed a grim milestone of 30,000 and according to the latest reports, the situation is not improving, as fatalities in elder care homes are growing substantially and very nearly match the daily hospital deaths.

An estimate in March by Washington University’s Institute for Health Metrics and Evaluation (IHME) predicted the number of deaths in the UK could hit 37,000, only after a previous estimate of theirs was revised downward from 66,000.

Yet there are a number of urgent questions which the British media has so far not pressed the government on.

The first of these is: How on earth has the UK reached the second-worst global death toll from coronavirus after the US?

When a similar question was asked by a local journalist, perhaps unaware of the mainstream media’s avoidance of such queries, Robert Edward Jenrick, secretary of state for housing, communities and local government, representing the government at a press briefing this week, said “it is difficult to make international comparisons with certainty.”

“I don’t think that international comparisons and the data is yet there to draw all the conclusions that we want,” Johnson said, choosing to take a statistician’s point of view, rather than digging into the reasons for Europe’s highest death toll.

But since the UK’s daily coronavirus press briefings started around six weeks ago, scientists on a government board have been using a comparison chart of global death numbers from various countries, including the worst-hit countries such as the US, Italy, and Spain.

Neither Johnson’s nor Jenrick’s response on Wednesday satisfied the millions of Brits who have been watching the live press briefings on a daily basis.

How did one of the world’s economic powerhouses get caught unprepared for the fight against a killer virus?

The answer to this question can vary from where you ask it from.

The first death in China’s Wuhan province, where the coronavirus is thought to have first appeared, came on Jan. 11, almost two months before the first fatality in the UK on March 5.

In other words, the British government had 53 days of lead time to get ready and take timely measures to slow down the virus’ arrival in the country.

However, the herd immunity strategy chosen in the earliest stage of the pandemic – a path Downing Street later disavowed it had ever chosen – helped the virus multiply freely in Britain.

Hundreds of thousands of people attended big sports events while the unseen enemy was making its way across the country.

Johnson’s “take it on the chin” approach nearly cost him his life after he personally contracted the virus.

Unlike many other countries across the globe, the UK was also slow to restrict arrivals from other countries and according to figures reported this week, more than 18 million people entered the country without even their temperatures being checked at airports, and with a pitifully small number of 300 put in quarantine upon their arrival.

Scientists at Imperial College London said in March that more than a quarter of a million Britons could die from coronavirus if no restrictions on people’s movements were put in place, prompting the government to announce a lockdown on March 23 – a mere 18 days after the UK’s first victim fell to COVID-19.

Contact tracing also came to an end in mid-March due to capacity problems.

Despite expectations that the UK would have adequate supplies of personal protective equipment (PPE) for its healthcare workers during such a pandemic, the country’s reserves were quickly exhausted to leave the National Health Service (NHS) caught short of the vital protection.

Since the start of this worst health crisis of the modern era, the British government has glorified its efforts to minimize the impact of the outbreak, often hailing the frontline health workers and referring to them as heroes. Millions of Brits clapped for them every Thursday evening for the first six weeks of the lockdown until the applause died down this Thursday, when the toll hit 30,615.

Instead of stepping up efforts within the country, the government bought PPEs from various countries, while the bulk of the British media wasted at least a week distracted by a story of delayed PPEs from a private provider, leaving the impression that they were asked to talk about anything but the climbing death toll.

Almost 80% of respirators in the national pandemic stockpile were out of date when coronavirus hit the UK, according a report by Channel 4 News.

More than 20 million out of 26.3 million respirators, masks, injectors and needles had expired in the eight months leading up to February 2020.

Another hard question that the government might be pressed to answer has to do with the three-and-a-half years between the EU membership referendum and the actual date of Brexit, Jan. 31, 2020.

Never before have British politics been so focused on a single subject over such a painfully lengthy period.

So was the Tory government too preoccupied with fulfilling their ultimate and final goal of making Brexit a reality? Were the oft-voiced concerns that the National Health Service was in shambles true?

And was the British government under Johnson caught fatally unprepared amid their almost ecstatic state of victory over finally accomplishing Brexit even while the deadly coronavirus was lurking at the door?

Tens of thousands of families have mourned lost family members, people under lockdown ask probing questions on social media, and even the foreign press have paid more attention to the country’s massive loss of life.

The day after Britain reached its highest death toll yet on Thursday, this was somehow not big news for all but a few of the country’s mainstream journalists. Instead, they were breaking news on some PPEs bought from a private provider said to have failed government tests.

It is not clear if in the coming days the media will feel the pressure to ask the government the proper, urgent questions about the now-inevitable and inexorable higher death toll, but the government is expected to extend the lockdown with various “easements” starting next week.

Nevertheless, the number of victims continues its grim rise, and many more questions for the post-pandemic era loom ever larger.