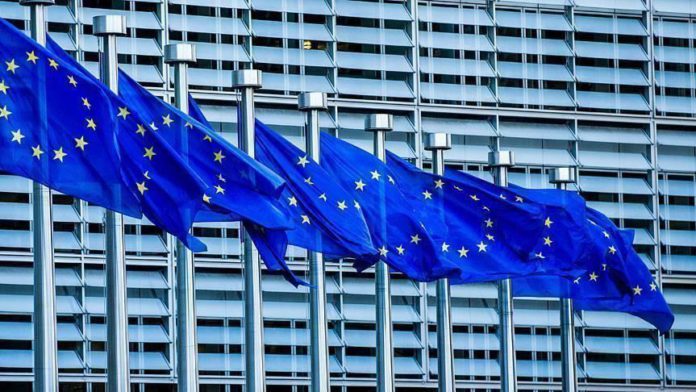 The writer is a Faculty Member of the Department of International Relations at the Near East University in TRNC.

The Greek Cypriot Administration of Southern Cyprus (GCA) became a member of the European Union (EU) on May 1, 2004, at a stage when the Cyprus problem had not been resolved. The GCA’s membership to the EU undoubtedly remains the most problematic accession to date. Since the EU membership of Greek Cyprus, the Union has found itself increasingly mired in a tangled mass of problems and has thus been compelled to take a confrontational stance against Turkey with regard to many issues, despite Turkey being one of the most important and strategic actors in the Eastern Mediterranean. Based on these major developments, I will briefly discuss the essential inconsistencies around the EU’s self-contradictory acceptance of the GCA into the Union –the hitherto most controversial decision taken by the EU– as well as the negative impacts this membership has so far had on the Turkey-EU relations.

Historically, we see that the understanding of social contract and compliance with international law were the main factors in the formation of modern European values. When we look at the founding agreements of the EU and the enlargement process, what comes across as being very prominent as part of the basic legal foundations of the EU is the strong emphasis on the application of the same principles to all candidate countries and that not one amongst them is to be discriminated against. Similarly, we find it repeatedly stressed that the EU membership process does not involve any “bargaining” and the entire accession process hinges on whether a certain set of pre-determined rules are abided by or not.

Despite the open contradictions regarding the above-mentioned, the GCA became a member of the Union on May 1, 2004, in violation of the basic principles of the EU. Moreover, since 1964, when the two communities living on the island were de facto separated, the Greek side, whose sovereignty did not cover the whole of Cyprus, was accepted as a member representing the whole of the island. Thus, for the first and probably the last time in the history of the EU, a state succeeded in becoming a member claiming sovereignty over territories outside its borders, where it has effectively no control.

The inconsistencies and oddities in the Greek side’s membership are not limited to this. This accession also stands in conflict with the principle of membership to the EU being possible only for countries that get along well with their neighbors and that have managed to resolve any border disputes they might have had with them, a condition included in the “Balladur Stability Pact” of 1995 –named after the then French Prime Minister Edouard Balladur–, which was also accepted as the basic principle for the candidate countries to comply with during the enlargement process. The Union, which establishes that no country currently embroiled in border conflicts/disputes or involved in conflicts in relation to minority issues could become an EU member, thus trampled its own principle by accepting the country with the most serious border issues compared to anywhere in Europe.

The unilateral membership of the Greek side to the EU is also against international agreements. 1960 Treaty of Guarantee, one of the foundational agreements that established the Republic of Cyprus, categorically prohibited Cyprus from joining any political or economic organization to which both Turkey and Greece were not members at the same time. It is also declared in categorical terms in the Constitution of the Republic of Cyprus that both communities on the island holds the right to veto the other one should it ever try to gain membership to any international organization to which, again, both Turkey and Greece are not parties or members concurrently. In spite of all these hard facts on the ground, during the membership process of Southern Cyprus, neither the vetoing right of the Turkish Cypriots nor the fact that Turkey was not an EU member were taken into regard, even though both of these, to reiterate, were basic constitutional principles to be strictly complied with.

The common thread, however, in all these contradictions is the fact that the EU, which purports that the membership process is “closed to bargaining”, has yielded to the blackmail of Greece, which is simply an insignificant member of the Union. The Greek side, declaring that it would boycott the entire enlargement process if the membership of the GCA should not become a reality, has achieved its goal.

So, how did this particular mistake of the EU and its guardianship of the Greek Cypriots impact the Union, with profound repercussions persisting to this very day? First of all, with the entry of the Greek side into the EU, it became impossible to resolve the Cyprus issue in line with the conditions of the West. The greatest proof of this is that the Annan Plan referendum, which was seen as a historical opportunity by the EU in resolving the Cyprus issue, was rejected by the 76 percent of the Greek Cypriots. The plan, which was drafted in about four and a half years and revised a total of five times according to the opinions voiced by both parties, was not accepted by the Greek Cypriots since they did not want to agree to power sharing and political equality with the Turkish Cypriots, although it provided greater advantages to the Greek side — not to mention that the 65 percent of the Turkish Cypriots approved it.

According to the plan, the Turkish soldiers on the island would withdraw by 2018 at the latest, with only a nominal number (650) remaining, whose status would in return be reviewed every three years, and the Turkish land would be reduced from 36 percent to as low as 29 percent; the Greeks not accepting this plan despite these obvious advantages is a great defeat for the EU. Considering the current developments and the increasing political and economic power of the Turkish side, it is no longer possible to impose a similar agreement on the Turkish side. In addition, the EU losing its impartiality by becoming a “party” to the dispute with the controversial accession of the GCA and its official position –by necessity– of viewing the Turkish Cypriots as having a minority status on the island as opposed to being one of the two foundational partners –with all this going against international agreements–, and its post-Annan Plan failure to fulfill its previously-made pledges have seriously undermined the reliability and prestige of the Union in the sight of the Turkish side.

Second, the hydrocarbon deposits recently discovered in the Eastern Mediterranean have created new opportunities for cooperation in the region. However, the EU’s self-contradictory acceptance of the Greek Cypriot side and its resulting official guardianship have jeopardized the possibility of these reserves being carried to the European market through Turkey, which offers the most secure and profitable route. In other words, the maximalist demands and desires of the Greek and Greek Cypriot sides cause serious economic damage to other coastal states in Europe and the Mediterranean.

Third, if the maritime jurisdiction problem in the Eastern Mediterranean is not resolved soon, it is obvious that the region will face greater political crises. Neither party will benefit from such a huge political turmoil. But considering the risk of another migration influx threatening Europe and the fact that the energy resources in the Eastern Mediterranean cannot be carried to Europe without Turkey’s approval, it is clearly the EU that would be more adversely affected in the event of persisting political instability.

Fourth, the EU has been moving away from its goal of becoming a global actor inasmuch as it drifts apart from Turkey because of its guardianship of the Greek Cypriots. One of the gravest strategic mistakes the EU could make is to confront Turkey, which has become the strongest regional actor with an ever growing political and military power, and is also an energy corridor situated at the crossroads of the world’s major transit points and hydrocarbon deposits. It is not possible for the EU to succeed in resolving such regional problems as illegal immigration, international terrorism, growing energy needs and security without cooperating with Turkey, particularly given the fact that the EU does not even have a regular military force.

All in all, the EU’s hasty and self-contradictory decision to accept Southern Cyprus into the Union in violation of international law threatens not only its economic and political power, but also its integrity and future. Greece and Southern Cyprus, two countries with limited political, economic and demographic power, being able to manipulate the EU’s entire Eastern Mediterranean policy in line with their own interests will also engender serious internal opposition in the Union. The inherently erroneous nature and heavy cost of the EU’s current biased stance against Turkey, just as its GCA decision 16 years ago, will be appreciated better and better over time. In other words, the EU’s search for a future fettered by the heavy shackles of the past will not be easy due to the grave mistakes made so far.