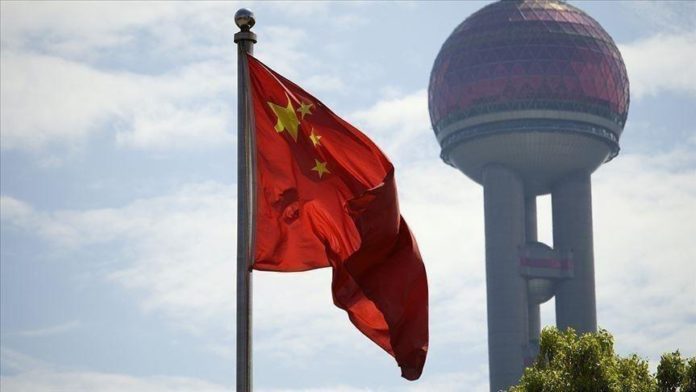 *The writer is a UK-based analyst and has worked with universities in three Central Asian countries.

Chinese Foreign Minister Wang Yi’s six-country tour of the Middle East has come at a time when the US is trying hard to eject Beijing from technological ventures across the Atlantic Ocean. The tour’s timing also bears significance, in the wake of Iran asking Germany, France, Britain, Russia, and China – the primary signatories of the Joint Comprehensive Plan of Action (JCPOA) or Iran nuclear deal — to propose alternate economic incentives for offsetting US sanctions.

Beijing hopes that its endeavors in the region and especially the engagement with Iran will encourage the JCPOA signatories to find out a space to reach a middle ground to bring parties once again across the table on the Iranian nuclear program. In such a manner, China aspires to expand its clout in the international arena by positioning itself as a potential troubleshooter to settle matters stuck in the stalemate.

When other countries pursue an approach to exert military pressure on Iran, Beijing encourages engaging Tehran diplomatically and thus contributes to ease tensions in the region. Many countries, therefore, are happy to see China playing a more significant role in regional affairs.

China’s outreach in the Middle East comes as the region explores a new path of development and governance. It is trying to advance the Middle East peace process and promote cooperation in the Persian Gulf. China’s Commerce Ministry said the country would make efforts to safeguard the Iranian nuclear deal and defend Sino-Iranian relations’ legitimate interests.

From China’s perspective, the region must step out of the shadows of big-power geopolitical rivalry to independently pursue its policies and resist external pressure and interference. It also wants regional players to follow an inclusive and reconciliatory approach to build a security architecture that accommodates the legitimate concerns of all sides.

Wang has asked the US to take concrete measures to ease unilateral sanctions against Iran and stop pursuing its long-arm jurisdiction over third parties. He is also seeking Iran to resume fulfilling its commitments on the nuclear issue. Wang has suggested that the international community should also support the efforts of the regional countries to establish the Middle East as a zone free from nuclear and other weapons of mass destruction. Further, he said for a consensual approach, all parties should discuss and formulate a route and timetable for implementing the JCPOA.

China is projecting itself as a staunch defender, builder, and contributor to the current international order. Any future collaboration on addressing issues such as climate change and the Iranian nuclear issue underlines China’s pivotal role as a mediator. As Iran wants the US to return to the deal, China may well play a key role in facilitating such negotiations.

Li Haidong, an international relations professor at China Foreign Affairs University, said that no other major global actor could bar China’s participation and coordination efforts. He said that China could assume a peace broker’s role in the Iranian nuclear issue.

Political commentator A. Chizhevski has noted that recent developments may subsequently raise Iran’s status in symbolic terms as a military base for China and Russia occasionally to counterbalance the US presence in the Persian Gulf. The US Central Command (USCENTCOM) has a presence in the region, with bases in Kuwait, Qatar, and Bahrain. He visualizes a scenario in which Chinese and even Russian bombers, fighters, and transport planes may gain unrestricted access to Iranian airbases.

During Donald Trump’s tenure in the White House from 2016-20, Beijing had remained cautious about engaging Iran. But it looks that the stand taken by the Joe Biden administration has pushed China to pursue a more determined outreach in the Middle East by taking a more proactive approach. It has been trying to carve out additional geostrategic space to advance its geo-economic interests in and around west Asia.

Russian analyst Dmitry Belyakov argues that Iran’s failure to forge deeper defense cooperation with Russia and economic cooperation with India has made Beijing virtually its ideal strategic partner. Tehran views that India’s pursuits in the region have now become too US-centric.

Iran may also view that the Chabahar port is to become a center for the transit of Chinese goods, which requires priority attention to develop its transportation and logistics capacities, according to Iran’s Teen News Network.

Having recognized China’s growing economic prominence in the region, Tehran has been aspiring to bring Chinese technologies, know-how, and the much-needed investment to rehabilitate its aging industries and open new avenues for future growth.

According to Saeed Khatibzadeh, Iranian foreign ministry spokesman, the China-Iran cooperation document is a complete roadmap with strategic political and economic clauses covering trade, economic, and transportation cooperation with a particular focus on the private sectors.

This turnaround phase in the relations came after decades of despair endured by the country and its people due to decades-long sanctions. Iranians remain mindful of the potential of their geostrategic location and also remind them about initiatives that were launched decades ago, yet all of them failed to take off.

Of late, there is a growing feeling among Iranian officials and especially those in the fields of logistics, communication, and infrastructure development that due to delays caused by reluctant and reticent attitude, Iran has been continuously missing vital development opportunities while other countries have taken the lead. They also point out that neighboring countries have proved far shrewder in availing of the opportunities that came in that direction.

Mehdi Samsar, an Iranian analyst, said that lofty declarations emphasizing Iran’s secure and geostrategic location alone are not enough to prepare the grounds for considerable investment in a world where all countries strive to attract investors.

Urging for careful planning to mobilize all possible modes to attract investors, he said that a highly competitive market needs signing of long-term contracts, providing guarantees to support the investor (both domestic and foreign), granting special permits for long-term leases, or purchase and procurement of lands by foreign companies, facilitating the income and trading opportunities, allowing residence to foreign investors and employees of investor companies are among these privileges.

Wang Yi’s whirlwind seven-day tour to the Middle East offers a multi-tracked approach that includes acting as a pacifying factor to ease regional tensions and urging the countries to pursue accommodating arrangements that encourage meaningful give and take. He has also conveyed that China can act as a defender of the global order, promote constructive engagement with a country like Iran on its nuclear program and pursue a pragmatic partnership in the Persian Gulf.