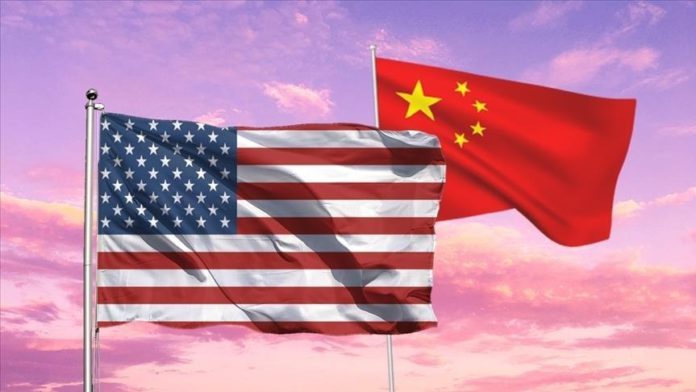 The trade war between the US and China has led the latter to pursue its interests with Iran boldly. The coming months may witness China steering its pursuits and influence in the Middle East.

A Chinese scholar Yin Gang said the Beijing has the wherewithal to mediate between Iran, the US, and Arab nations while referring to Foreign Minister Wang Yi’s visit to the Middle East. During the tour, Wang favored multilateral dialogue to resolve differences in the region. Yin believed while solutions may take time, Wang’s trip has conveyed that China is willing to play a broader role in the Middle East.

China looks to prevent Iran’s collapse as it believes that such an eventuality will disturb balance against the US in the region. China is also keen to prevent the US from inflicting severe damage to Iran. Moreover, China is also aiming to prevent flaring up of any conflict that can hurt its interest, which includes a disruption in energy supplies, conditions that can cause reduction of Chinese exports, turmoil in the infrastructure that hurts logistical links affecting its exports to the Western markets.

Energy will continue to be at the core of China’s relations with the Middle East. This factor reigns paramount among Beijing’s geostrategic pursuits in and around the region. But it will be interesting to see what tools China will use to pursue its strategic calculations. Its Belt and Road Initiative (BRI) can serve as a counterbalance to the Quadrilateral Security Dialogue called Quad, including the US, India, Australia, and Japan.

So far, China’s approach had generally been cautious in the Middle East and limited to ensure the supply of energy to safeguard its geo-economic interest, investments, and trade. Beijing believes that with an expansion in economic relations, countries’ dependency on China will rise in defense and security spheres. The Chinese strategists argue that the BRI could serve as the best response to the Asian pivot initiative promoted by the US.

As Iran’s hopes to seek Western investment and technology were frustrated, the compelling need to survive led it into the Chinese embrace. China will be happy to extend money as a means to stabilize Iran’s economic foundation.

Both China and Iran are hopeful that the economic means could prove helpful to improve stability and security inside Iran and in the region, including neighboring Pakistan and Afghanistan. For that reason, China appears willing to provide help and promote a relationship with Iran.
Under the plan, Iran may see a massive influx of Chinese investments in the energy sector, followed by infrastructure and big projects. The modernization of obsolete industrial enterprises and upgrading their technical setup will be a priority for Tehran.

Having been an active participant in helping the UN Security Council arrive at a consensual decision concerning the Iranian nuclear program, China witnessed in dismay the rescinding of the US’s agreement.

Beijing finds it challenging to accommodate the US whims any further. It will instead play a more substantive role to protect its vital interests in Iran. The draft of the 25-year cooperation agreement with Iran, which is a kind of basket of proposals, reflects how generously China is willing to participate in Iran’s development.

It may be in Turkey’s interest that China now considers cooperation with Iran as a substantive part of its BRI agenda. The 25-year cooperation plan with Iran reflects that the Middle East is a strategic priority for China.

When enforced, the cooperation plan encompassing from 2020 to 2045 will reflect Beijing’s high level of involvement scale and increased participation in promoting the development of ports, trade-free zone, and communication infrastructure (components that will help Iran become a vital logistic link in the BRI landscape).

In the future, Turkey has much to gain if Iran serves well as a link providing logistical connections for energy transportation, commerce, trade, and tourism for its neighbors.

China’s support for Iran in the future will be based on several calculations. The aspirations of both countries overlap in their desire to challenge Washington. In Iran, more pragmatist state actors look at the Chinese model as a proper safety valve, also envisioning new opportunities for the private sector will spur through considerable foreign investment.

It may also be because China viewed many Arab states traditionally tied to the West. It found Iran an ideal partner in promoting BRI. Its objectives include making Iran a bridge to link South and West through Turkey and East and Central Europe via Central Asia. Further, Iran serves as a critical source of energy, which needs to build its infrastructure. Therefore, the Chinese model finds its greatest allure and appeal in Iran.