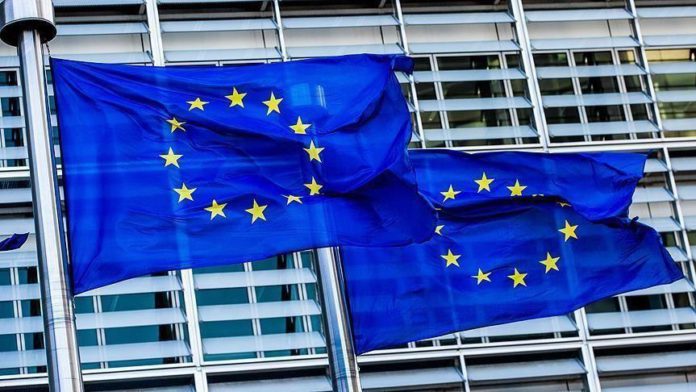 The writer is Assistant Professor at the Department of Political Science and International Relations, Istanbul Gelisim University

On Nov. 17, 2020, after a video meeting of European Affairs ministers, Bulgaria announced that it would veto the opening of EU accession talks with North Macedonia due to the failure of the Skopje administration to address certain identity concerns of Sofia. First of all, what is being demanded is that the term “Macedonian language” not be used in any EU negotiating framework document since Bulgaria considers the Macedonian language to be merely a dialect of the Bulgarian one. Secondly, Bulgaria has consistently asked North Macedonia to “acknowledge” (very vague word!) the historically Bulgarian origin of the Macedonian nation since allegedly there is not a distinct Macedonian nation – it is only an “artificial” creation of the Yugoslav communists in the aftermath of the Second World War. Last but not least, Sofia insists that Skopje should give up its claim for the official recognition of a Macedonian minority in Bulgaria, whereas it should not impede those Macedonian citizens who self-identify as Bulgarian from doing so. Such an unwelcome development and demands are not only difficult to substantiate practically but also very much harm North Macedonia’s already fragile domestic political balances, lay bare the EU’s weakness, and undermine its credibility.

It is not my aim here to investigate the historical bases of the competing Bulgarian and Macedonian identity claims. However, claiming that Macedonia cannot use the name of its official language because Bulgaria considers it to be a mere dialect of its own defies scientific logic. Languages are not the fixed, unchanging, given elements of social existence that nationalist historiographies of all countries claim them to be. Languages are assembled and standardized at the end of various political and socio-economic processes, and henceforth they simply become the medium through which nations as political communities can be “imagined”, as the leading voice in the nationalism scholarship puts it. Historical evidence proves beyond any doubt that different nations can even be imagined through the exact same language. For instance, South American states all share the same language (Spanish), but each of them is imagined as a distinct nation. The same dynamic is at play with the former British and French colonies in Africa and Asia, which still have the colonial language as an official language of the state, but each constitutes a different nation. Applying the same logic to the Balkans, while it is true that the Bulgarian and Macedonian languages are quite similar to each other (probably the most similar pair among the different Slavic languages), nothing prevents Macedonian from being the medium through which a distinct nation can be and is in fact imagined.

The second Bulgarian objection concerning the “artificial” nature of the Macedonian nation likewise defies historical evidence. Given that languages generally form the basis of national consciousness and having already said that standard languages are largely “created”, it follows that nations are also “constructed” communities, constructed by elites at the end of various political and socio-economic processes. Turning to the never-boring Balkans, yes, it is true that the Yugoslav communists, out of their enmity/rivalry with the Bulgarian communists, have done much to establish a distinct Macedonian nation by being the first to standardize a Macedonian language and by establishing an autocephalous Macedonian Orthodox Church in 1967 (and the currently ruling Social Democratic party fully subscribes to this view), but is the formation of the Bulgarian nation also not tied to specific geopolitical developments? Was the formation of an independent Bulgarian nation in 1878 very clearly not an outcome of Russian geopolitical designs in the Balkans and of Russian desire to dismember the Ottoman Empire? Bulgarians themselves do not have any qualms about this historical fact. They proudly acknowledge it. However, before advancing such double-standard demands toward their weaker western neighbor, the Sofia administration should be reminded that the statue of the Russian Tsar Alexander II (“Tsar the Liberator”) still stands in front of the Bulgarian parliament building, the legislative body that theoretically represents the “will” of the Bulgarian nation. In brief, the Bulgarian nation is definitely older but no less artificial than the Macedonian one. Both were born out of geopolitical contingencies.

The last demand, unfortunately, reveals, more than anything else, the double standard applied by Bulgaria. Sofia is asking from Skopje (and also from other Balkan countries where a tiny Bulgarian minority resides) to respect minority rights, while at the same time for three decades by now it has resolutely opposed all demands from its large 10% Turkish minority to officially recognize their ethnic identity, grant them minority status, and open minority-language schools. Respect for ethnoreligious diversity and minority rights is one of the building blocks and most cherished values of the EU. As such, it makes completely no sense to block the opening of accession talks with a country whose minority rights record is definitely better than many of the member states themselves. To take only a recent example, last year North Macedonia became a constitutionally bi-lingual state (like Belgium and Canada) after the elevation of Albanian to the status of official language at the national level.

Bulgaria’s veto based on such unwelcome demands may very much harm the already fragile domestic political balances in North Macedonia. The Social Democratic administration led by Zoran Zaev had to pass through a heavy domestic trial by signing in June 2018 with Greece the “Prespa Agreement”, ending a nearly three-decade-old embarrassing name dispute and changing the name of the country to North Macedonia. This right and bold decision opened the way to the country’s NATO membership but came at the expense of causing a very bitter societal polarization among the ethnic Macedonian electorate. The nationalist VMRO opposition, which commands the electoral support of a slight majority of ethnic Macedonians, still rejects the “Prespa Agreement”, holding instead that Europe can be reached not by changing one’s identity, but by “genuine” domestic reforms (interestingly, one of the three small ethnic Turkish parties in North Macedonia, led by Erdogan Sarac –who happens to be a VMRO ally–, also clings to this thesis). Up to now, the Social Democrats have been able to weather the storm only with the help of all the ethnic Albanian parties. Most recently, Zaev secured his re-election in July 2020 only with a pre-electoral coalition with the Albanian BESA, and thereafter by joining forces with the largest Albanian party BDI (Currently, Bujar Osmani from BDI serves as the first Albanian foreign minister in the post-communist period).

However, it is precisely after North Macedonia became the thirtieth NATO member and after Zaev barely defeated VMRO in the parliamentary polls that Bulgaria emerged with its veto as the next unexpected stumbling block. To be sure, I do not think that Zaev even contemplates fulfilling Bulgarian demands and putting his country’s history again on the table. Macedonia has already suffered too much by the embarrassing name dispute with Greece, and thus can no longer stomach any further round of identity change. However, Sofia’s veto might cause much harm by further empowering the nationalist VMRO and deepening societal polarization. VMRO’s “We already told you that you can’t enter Europe by changing your identity”-type discourse might now gain more political weight and prove debilitating for a leader like Zaev, who has staked everything on his country’s Euro-Atlantic integration.

The EU’s failure to reach consensus on its enlargement policy lays bare its weakness and harms its credibility. Bulgaria is indeed profoundly embarrassing the EU with its linking of enlargement policy to unrelated issues. Regardless of whether Sofia has used its veto out of genuine nationalist concern or merely as a way to divert attention from the massive anti-government protests that have rocked the capital for more than two months (I definitely cling more to the latter view), the EU’s enlargement policy is just too important to be held hostage by the (often irresponsible) actions of small member states. To be sure, this has now become a general systemic problem for the EU and is not confined only to Bulgaria and to the issue of enlargement. Very recently, the EU’s credibility was dealt a heavy blow from Southern Cyprus’ blocking of Belarus sanctions over its dispute with Turkey in the Eastern Mediterranean. Likewise, Hungary has repeatedly blocked all statements on China’s human rights violations. Geopolitically also, the EU’s failure to develop a common policy toward the Eastern Mediterranean and the Libya crisis (due to the objections of the Greece-Southern Cyprus-France trio over Turkey) are rendering it an obsolete actor and creating opportunities for Russia to expand its influence in the region.

It remains to be seen whether the election of Biden in the White House will change the current dynamics. Overall, though, the principle of unanimity in reaching decisions is putting the entire EU system under threat and is undermining its credibility. Hence, a number of proposals have to be urgently put on the table for reforming the entire EU system of reaching decisions. The influence of the member states has somehow to reflect their weight in the system.

Borsa Istanbul up at Friday's open

'PKK terrorists did not withdraw from Sinjar'