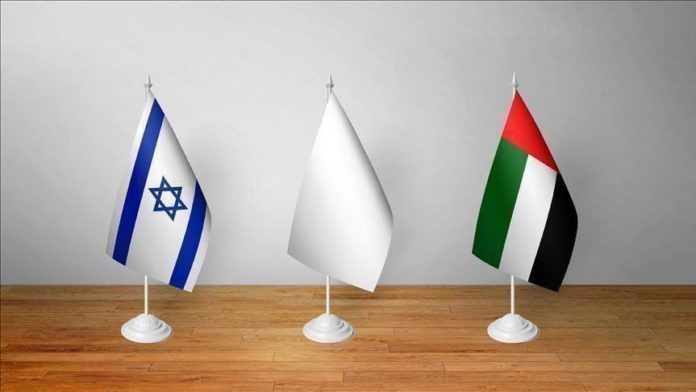 *The writer is a researcher in international relations at Ankara-based Yildrim Beyazit University.

After two Gulf states, the UAE and Bahrain signed a normalization pact with Israel in Washington, US President Donald Trump announced on Sept. 23 that Northeastern African country Sudan was also joining the race. Ahead of the US presidential elections, Trump attempted to accelerate so-called peace agreements between Arab states and Israel to boost his chances of getting reelected. He even told reporters that he expects five other Middle Eastern countries to follow the suit. Israel Prime Minister Benjamin Netanyahu expressed delight that his country is swiftly widening the “circle of peace”.

The issue of Palestine is an unresolved problem, which is preoccupying the Arab and Muslim world and has become a scale determining the sincerity of rulers. Both nationalists and Islamists in Arab countries have promoted the rights of Palestinians and defended their cause partly to improve their own legitimacy. Terrorist groups such as al-Qaeda and Daesh/ISIS have equally used the Palestinian cause in their narrative to appeal to Muslims across the world.

Already dismayed by Western interventionism and the failure of Arab leaders to stand up against the persecution of Palestinians and Muslim minorities in countries like China, India, Burma, and the Central Africa Republic, Muslims across the world do not hope that these normalization deals will make conditions of Muslim communities or Ummah world over better.

Against this backdrop, extremist groups that heavily rely on whipping emotions of aggrieved Muslims are likely to embolden their discourse to attract broader support for their cause. The narrative that the current nation-state system is the main hindrance towards liberating Muslims is expected to get strengthened, with the failure of Arab and Muslim leaders to back the Palestinian cause.

It is important to note that the Egyptian President Anwar Sadat was assassinated by members of the Egyptian Islamic Jihad following his controversial signing of a peace treaty with Israel in 1979. Egypt was subsequently suspended from the Arab League for 10 years. Ironically, the Arab League has been muted on the recent normalization deals.

So far, both terrorist groups Daesh/ISIS and al-Qaeda have condemned the normalization deals. Daesh/ISIS Spokesman, Abu Hamza al-Quraishi, said in a purported audio recording posted on Telegram, that the signed peace deals amounted to a “betrayal” of Islam. Al-Qaeda also warned in almost similar language.

Previously, attacks have been carried out by terrorist groups in the name of defending Palestinians and al-Quds (Jerusalem). In January 2019, Somali terror group al-Shabaab, an al-Qaeda affiliate mainly operating in Somalia, carried out an attack on the Dusit Thani Hotel complex in Nairobi killing more than 21 people. The group said that the attack was in retaliation for the US decision to recognize Jerusalem as Israel’s capital.

The majority of Muslims across the world have deplored terror groups for their actions, that have brought death, destruction and claimed thousands of lives of Muslims. But these groups are keen to invoke the issue of Palestine to address Muslim public opinion, particularly when the community feels disappointed with the action of its rulers.

Al-Quds, which is Islam’s third-holiest site has been at the center of the Palestinian struggle against Israeli occupation. Its liberation has been a key to seek the support of Muslims worldwide for the Palestinian cause.

Therefore, terrorist groups like al-Qaeda, Deash/ISIS, and al-Shabaab, are likely to use the normalization deals, to boost their narratives soon and play with emotions of Muslims to present themselves as “saviors” of the Ummah.

With more Arab states expected to normalize relations with the Jewish state, the question arises, will these terrorist groups continue to exploit the emotions of Muslims to replenish their ranks as well as acquire financial support from sympathizers?

Since the US is driving these peace deals, it risks reinforcing the narrative frequently disseminated by terrorist groups that Muslim and Arab leaders are “stooges” or “puppets” of the West.

Moreover, the normalization deals between Arab states and Israel risk worsening the security scenario in a region already struggling with civil wars, terrorism, tyranny, foreign interventionism, and geopolitical competition. The deals also violate the 2002 Arab Peace Initiative that puts conditions that normalization was possible only after Israel vacates lands it had occupied during the 1967 Arab-Israeli war.

Turkey briefs US diplomats on operation in Syria