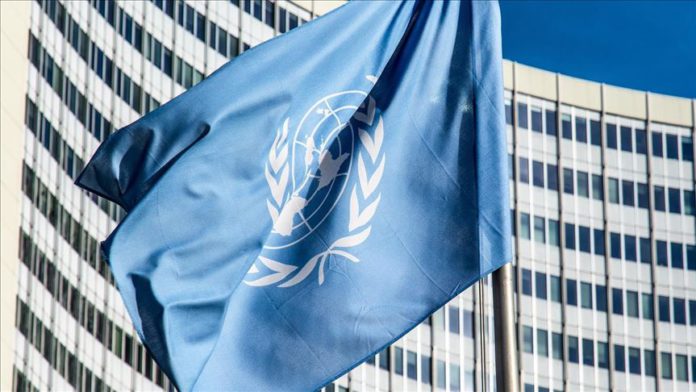 The theme put forth by Turkish Ambassador Volkan Bozkir, the president of the UN General Assembly, to commemorate the 75th anniversary of the UN is “The future we want, the United Nations we need; reaffirming our collective commitment to multilateralism”. Ambassador Bozkir further added, “I intend to place an emphasis on the need to advance the UN collective agenda for humanity with particular attention to vulnerable groups, people in need and the people under oppression.”

Antonio Guterres, the secretary-general of the UN, reaffirmed his commitment to address the international conflicts when he said: “It’s very important that we now create the conditions to address the smaller but still dramatically deadly conflicts that we are facing in today’s world.”

I am deeply flattered by the opportunity to present my appraisal of the UN during its 75th anniversary.

Success is measured not only by objectives, but also by whether an alternate strategy would have been an improvement. Thus, as Winston Churchill said of democracy, it is the worst form of government except for all others that have been conceived or attempted. Similarly, it might be said of the UN that it is the worst international organization for achieving peace, self-determination, and human rights, but for all the alternatives that have been attempted or contemplated.

Success is also measured by goals. Article I of the UN Charter identifies a cluster of primary purposes: the maintenance of international peace and security; collective efforts to prevent and remove threats to peace, and for the suppression of acts of aggression; the adjustment or settlement of international disputes or situations that might lead to a breach of the international peace and security; the cultivation of amity among nations based on the principle of equal rights and self-determination of peoples; and, in promoting and encouraging respect for human rights and for fundamental freedoms for all without distinction as to race, sex, language, or religion.

Before surveying its historical record in achieving these lofty goals, a few earthbound observations are in order.

Candor and fair-mindedness, I submit, supports the conclusion that the UN has been painfully ineffective measured by the yardsticks of international peace, human rights, and self-determination.

The most gifted men and women have toiled since the beginning of civilization to end conflict and warfare without much ocular success. Fix your eyes upon the globe as it comes before you day after day. Conflict and carnage seem ubiquitous: Syria, Myanmar, Afghanistan, Iraq, North Korea, Palestine, Kashmir, etc. The list seems horrifyingly endless. The UN has no excuse for its failure to pluck universal peace in the planet from the profoundly flawed human species.

Counted among the greatest failures of the UN is Srebrenica, a town in eastern Bosnia and Herzegovina only ten miles from the border of Serbia, which came under attack by the Serbs in July 1995 during the Bosnian war. Although US and British officials knew several weeks in advance that the Serbs intended not only to attack the village but also to separate all the men and boys from women and children and kill them, they did nothing to protect them.

UN forces were not reinforced. No plan to evacuate them was made. The official policy was to allow the Serbs to take the town because it had been surrounded by Serb forces and was considered indefensible, despite being guaranteed as a “safe zone” by the UN. More than 8,000 men and boys were slaughtered in a matter of days.

In 1994, a far worse genocide occurred in Rwanda when close to a million ethnic Tutsis were slaughtered by Hutus. The UN knew that it was going to occur in advance and yet allowed massive genocide to happen and did not block it. As an article in the Telegraph points out, “A 1999 inquiry found that the UN ignored evidence that the genocide was planned and refused to act once it had started.

More than 2,500 UN peacekeepers were withdrawn after the murder of ten Belgian soldiers. In one case, the peacekeeping forces deserted a school where Tutsis were taking shelter – hundreds of people inside were immediately massacred.”

Cyprus features an equally bleak UN past. After its founding in 1960, Greek Cypriots destroyed the equal partnership, constitutional republic in November 1963 by launching a genocidal attack on Turkish Cypriots, according to the description of The Washington Post. US Undersecretary of State George Ball denounced Greek Cypriot leader Archbishop Makarios for turning the island into his “private abattoir.”

UN peacekeeping forces were dispatched in 1964, and remain along the so-called Green Line. In July 1974, when a Greek coup overthrew Makarios and Greece and Greek Cypriots began a second genocide of Turkish Cypriots, the UN blue helmets did nothing but retreat into safe hiding. Turkish troops foiled the genocide in an intervention proclaimed as legal under international law by the Athens Court of Appeal.

May 1948, on the heels of a UN partition plan, gave rise to Arab-Israeli conflict over the sovereignty of Palestine. The UN remained militarily passive, but arranged a fragile truce or armistice. The UN deployed peacekeeping troops in Sinai in the peace plan that ended the Suez conflict, but the secretary-general withdrew them with alacrity in 1967. Then came the Six-Day War, which resulted in UN resolutions 242 and later 338.

The mainstream approach to resolve the Palestinian issue is “the two-state solution.” At present, the US is the only international arbiter of peace in the Middle East, though Palestinians have lost faith in the neutrality of the US. The UN plays only an ornamental or ceremonial role.

Other dangerous situation was and remains Kashmir, over which I must disclose a personal bias since it is my birthplace. Kashmir was a princely state under the British raj, and achieved statehood on Aug. 15, 1947 when British paramountcy lapsed.

Amid much intrigue, India dispatched military troops to prop up a crumbling autocratic regime, but concurrently raced to the UN Security Council, with Pakistan in close pursuit, to secure multiple resolutions prescribing a self-determination plebiscite for Kashmir conducted by the UN.

The Security Council agreed to the plebiscite formula, but India soon apostatized from its international law commitment when it recognized that Kashmiris would never vote accession to its sovereign orbit in a free and fair referendum. India’s international lawlessness has escaped UN sanctions or even moral reproach for more than 73 years.

India’s human rights record is gruesome but hidden behind an iron curtain that keeps out the likes of CNN and BBC; but the commonplace Indian military atrocities like extrajudicial killings, rape, torture, plunder, abduction, and arbitrary detentions without trial, are at least on a par with Slobodan Milosevic’s savagery towards Kosovar Albanians, which provoked NATO’s, but not UN’s, military intervention.

The tens of thousands who have been killed in Kashmir along with vast human rights abuses seem to go on without end. This past year’s tragedy of abrogation of Article 370 & 35A was just another episode in the long drama that has been witnessed. In 2020, Domicile Law was enacted to change the demography that may push not only the culture and language but also the identity of Kashmir to the brink of extinction.

The festering Kashmir dispute has occasioned two wars between Pakistan and India; and, at present, made the territory the largest army concentration anywhere in the world and the most dangerous nuclear hotspot on the globe. The UN observers along the Line of Control are an irrelevancy. They are but spectators who deter nothing and protect no human rights of millions of people of Kashmir.

We consider it extremely unlikely that, entirely on their own, India and Pakistan will embark upon any meaningful peace process. Even if they did, there would be a risk of the rights and interests of the people of Kashmir itself being bypassed. The case for an earnest mediatory initiative by the UN is thus indubitable, even though in the words of Antonio Guterres, “it’s very difficult to mediate them (international conflicts) and to solve them.”

It is very clear that Kashmir needs a strong and determined will and the genius of an imagination that has the negotiating skills and knows how to bring people together. We believe that there cannot be a better person than the UN secretary-general himself to mediate between India&Pakistan. Secretary-general will have to remain under no obligation to please any particular power or particular set of powers or groups.

Without reservation, it can be said that the person who becomes instrumental in resolving the Kashmir dispute – the bone of contention of the nuclear confrontation between the two nuclear powers – deserves a special place in history. The resolution of the dispute will bring unparalleled honor to the one who help to achieve it.

That honor could be yours, Mr. secretary-general. Your leadership in helping to settle the Kashmir dispute should not be seen to favor India or Pakistan but to advance the cause of freedom, democracy and human rights in the region of South Asia.

*The author is secretary-general at World Kashmir Awareness Forum