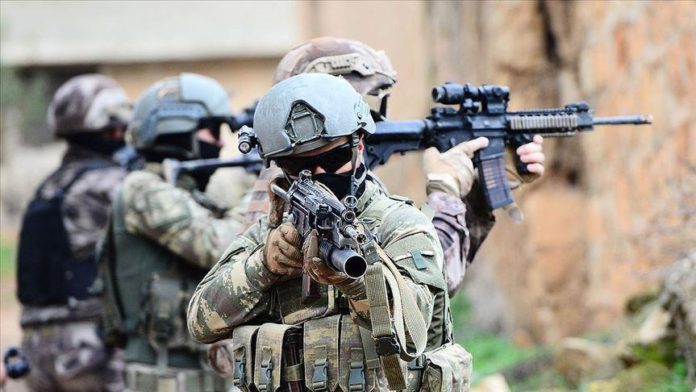 Syria witnessed major developments in 2020, but chief among them were displacement in Idlib due to intensified attacks by the Bashar al-Assad regime and Turkey’s Operation Spring Shield.

The regime attacks on civilians in the northwestern province painted the most tragic picture in Syria this year.

With the help of its allies Russia and Iran, the regime ignored the Astana agreements and began its ground attacks on Dec.20, 2019, to seize areas in the southern countryside of Idlib.

The Assad regime managed to make progress in the south of Idlib in January and February with the support of Iran-backed terrorist groups and Russia’s air support.

Due to the regime’s attacks, 700,000 civilians fled their homes to relatively safer areas near the Turkish border between Jan. 1 to March 6, according to the Response Coordination Group.

According to information compiled by Anadolu Agency reporters, at least 326 civilians died in the attacks by the regime and its allies in the Idlib de-escalation zone in the same period.

Turkey announced the launch of Operation Spring Shield on March 1 in the wake of a regime attack on Turkish troops observing the cease-fire in Idlib on Feb. 27 which left 33 soldiers martyred, according to the country’s defense chief.

On March 4, the Turkish Defense Ministry said that during the operation, 3,136 regime elements were neutralized in the Idlib region.

Turkish authorities often use the word “neutralized” to imply the elements in question surrendered or were killed or captured.

President Recep Tayyip Erdogan met with Russian President Vladimir Putin on Idlib at the Kremlin Palace on March 5. After the negotiations, they announced that a cease-fire would begin at midnight in Idlib.

A protocol was reached stipulating the establishment of a security corridor 6 kilometers (3.7 miles) deep to the north and to the south from the M4 highway.

Also, joint Turkish-Russian patrols began on March 15 along the M4 highway from the settlement of Trumba — 2 kilometers (1.2 miles) to the west of the strategic town of Saraqib — to the settlement of Ain-Al-Havr.

Despite cease-fire violations by the Assad regime, some residents returned to their homes in Idlib.

According to statistics by the Response Coordination Group, 400,000 out of 2 million in refugee camps were able to return to their homes.

Below are the main events in Syria in 2020 compiled by Anadolu Agency reporters:

Jan. 6: At least 27 civilians have been found dead in Syria’s Raqqah province. The victims, who were local sheep herders, were beheaded and left in Madan and Sapha districts. The incident coincided with the passage of a convoy of Iran-backed terrorist groups who were en route to Raqqah to provide military support to the Bashar al-Assad regime’s forces.

Jan. 29: The Bashar al-Assad regime backed by Russian forces seize Maarat al-Numan district in Idlib. The regime forces ignored agreements reached in Astana and Sochi as part of the Syrian peace process and captured the largest district of Idlib after prolonged violent clashes with opposition and anti-regime armed groups.

Feb. 27: At least 33 Turkish soldiers are martyred in a Syrian regime attack in Idlib.

March 1: Turkish Defense Minister Hulusi Akar announces launch of Operation Spring Shield in Idlib in response to a regime attack on Turkish troops in the region.

March 6: Ankara and Moscow agree to a cease-fire amid clashes between the Turkish military and Syrian regime forces that left many dead on both sides.

March 22: The Assad regime announces the first case of coronavirus in Syria.

April 28: At least 40 civilians, including 11 children, are killed in a YPG/PKK terrorist attack in northwestern Syria. At least 47 others are wounded in the attack in the Afrin city center carried out using a bomb-rigged fuel tanker.

May 20: Syrian businessman Rami Makhlouf, a billionaire cousin of the head of the Syrian regime, announces that his and his family’s assets were confiscated and that he was banned from bids for five years by a decision of the regime.

May 27: The US and Russia conduct their first joint patrols in al-Hasakah, a Syrian province under YPG/PKK occupation.

June 17: YPG/PKK and the Syrian Kurdish National Council (ENKS) decide to continue negotiations to share the so-called autonomous administration based on the Duhok Agreement signed in 2014.

June 17: The US announces a new campaign of “sustained sanctions” against the Syrian regime and its allies under the Caesar Act.

June 18: People living in opposition-controlled areas in northern Syria start to use the Turkish lira after the Caesar Law comes into effect.

June 26: After the Caesar Law comes into effect, American officials give $21 million to support the YPG/PKK terror group.

July 19: The Assad regime holds parliamentary elections in Syria, where more than half of the population left the country or was displaced.

Aug. 24-29: The third round of the Syrian Constitutional Committee takes place in Geneva, Switzerland.

Oct. 3: The US State Department launches a new $400 million support program for the so-called security forces of the YPG/PKK terrorist organization.

Oct. 8: Hundreds of hectares of land burn for a week in the Syrian provinces of Latakia, Tartus and Homs under the Assad regime.

Oct. 21: The Assad regime doubles fuel prices in the regions under its control.

Nov. 1: Nine months of negotiations between the Syrian Kurdish National Council (ENKS) and the YPG/PKK terrorist group fail due to the latter’s failure to meet ENKS’s demands.

Nov. 11-12: The Assad regime, which displaced millions of citizens by targeting civilian areas during the civil war in Syria, organizes an “international” conference for the return of refugees in the capital Damascus.

Nov. 30: Muslim Shahdan, a senior commander of Iran’s Islamic Revolutionary Guards Corps, is killed in an airstrike in Deir ez-Zor province on the Iraqi border of Syria.

No. 30 – Dec. 4: 4th round meetings of the Syrian Constitutional Committee take place in Geneva, Switzerland.

Dec. 21: The second general congress of the Syrian Tribal Council is held in the town of Sejo, Azaz, with the participation of 150 Syrian tribes, tribal leaders and opposition political groups.