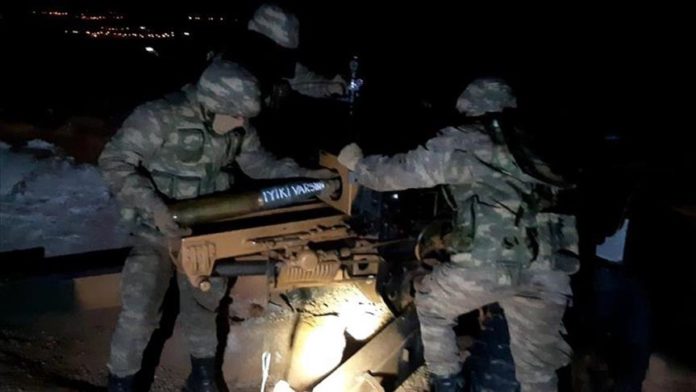 The Turkish Interior Ministry announced on Tuesday the start of a new operation in the east of the country as part of the fight against terrorism.

Operation Eren, named after Eren Bulbul, a 15-year-old martyred by the terrorist PKK on Aug. 11, 2017, commenced with the start of 2021, and aims at eliminating terrorism from the country completely, it said in a statement.

Turkey conducted Operations Kapan and Yildirim in 2020 with the aim of eliminating the separatist terrorist organization, and exterminate the terrorists present in the region.

Operation Yildirim, named after Halil Ibrahim Yildirim, the youngest martyr of the 2016 coup attempt in Istanbul, was completed on Jan. 10, 2021.

As many as 11,733 raids were conducted, 153 terrorists were “neutralized,” and 90 collaborators were arrested, while 707 caves, shelters and stores were destroyed in the anti-terror operation.

Hundreds of weapons as well as tons of various drugs were also seized.

In its more than 30-year terror campaign against Turkey, the PKK – listed as a terrorist organization by Turkey, the US, and EU – has been responsible for the deaths of over 40,000 people, including women, children, and infants.