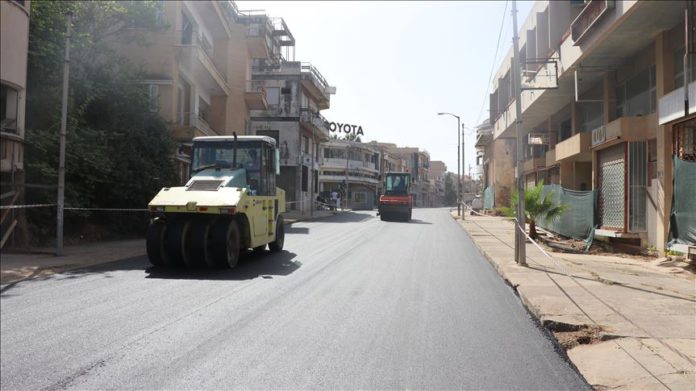 Opening the coastline of the abandoned town of Maras in the Turkish Republic of Northern Cyprus (TRNC) is a path to development on the island, according to experts.

Reversing a decades-old decision to close Maras, located within the Turkish Cypriot city of Gazimagusa, will greatly benefit maritime jurisdictions and related activities, as well as the island’s economy and tourism.

Ersin Tatar, the prime minister of the TRNC, announced Tuesday that the coastline of Maras would be open for public use as of Thursday morning.

Commenting on the issue, international politics expert Ata Atun of the Cyprus Science University told Anadolu Agency that being able to keep Maras closed for 46 years had been one of the Greek Cypriot administration’s “greatest trump cards” as they saw the town as an “acquired right”.

Maras’s reopening would be a political shock for the Greek Cypriot administration and Greece as they sought to impose their own maritime claims on Turkey via pressure through the EU, Atun said.

He added that as Greece would likely carry out lobbying activities on the issue, the shockwaves caused by the decision would also be felt in the EU, US, and UN.

Maras is not Greek soil, Atun asserted, suggesting that the three Ottoman-era foundations’ ownership of the region is documented by official Ottoman and British deeds.

“It is known that these lands were transferred to individuals illegally by the British colonial administration in the 1900s. Since Maras has the status of an annexed foundation, it cannot be sold, transferred or donated,” Atun added.

According to Atun, those who are saying the 1974 registries are valid and that any other course of action would be in violation of international law need to answer the following question: While asking for the return of the post-1974 Greek Cypriot registered areas why do they base their claims on the situation 46 years ago, instead of 46 years prior to 1974?

“Should history start and end according to the Greek [Cypriots] interests? Or perhaps we must ask if international law has an expiration date” — as if there is no expiration for Greek Cypriot property, but just for Turkish property.

Turkey’s assertive stance contributed to the opening of Maras’s coastline, Atun said, adding: “All the parties now realize that the future of peace in the region will come with Turkey’s power. This change is only the beginning. The complete opening of Maras will bring great benefits to the economic, political, and maritime jurisdictions of the island.”

Maras, located in Northern Cyprus, was a ghost town where entry was forbidden except for Turkish army personnel stationed in the TRNC.

The TRNC on June 18, 2019 announced the opening of Maras to tourists.

“It’ll bring serious gains to the fields of tourism, security, and the economy,” said Gozuguzelli.

She added that with the reopening, the residents of the town would no longer have to live separately from their homes and lands.

Gozuguzelli underlined that the move also signified that property in Maras would no longer be open for negotiation for the TRNC.

“Under the leadership of Prime Minister Tatar, the idea of a solution in the form of a federation has come to an end.

“[Turkey’s] President [Recep Tayyip] Erdogan also gave his support this with his statements.”

“The opening of the coastline of Maras is a preliminary step in the process of change initiated by Tatar,” Gozuguzelli said.

Taner Dervis, the former head of the TRNC’s Foundations Administration, told Anadolu Agency that the opening of the Maras coastline would be important in terms of property ownership, noting that the coastline and beaches are not private property.

“Based on legal and constitutional regulations valid throughout the island and international treaties, Maras is fully owned by the Cyprus Foundations Administration. In other words, the competent legal authority belongs to the administration.

“In this context, there is no legal obstacle for the [Turkish Cypriot] administration to fully open Maras.”