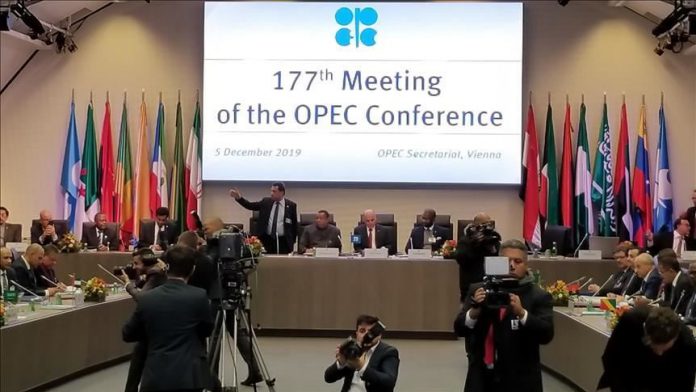 OPEC’s much-anticipated 177th meeting ended late Thursday in Vienna without any conclusion or a potential deal in sight, as ministers left in a rush without responding to most questions from the media.

After almost six hours behind closed doors, OPEC member countries’ energy and oil ministers failed to reach an agreement on extending the current oil production cut or deepening it.