TurkishPress
Home News 'Only Turkish nation, not US, can decide to change its leader' 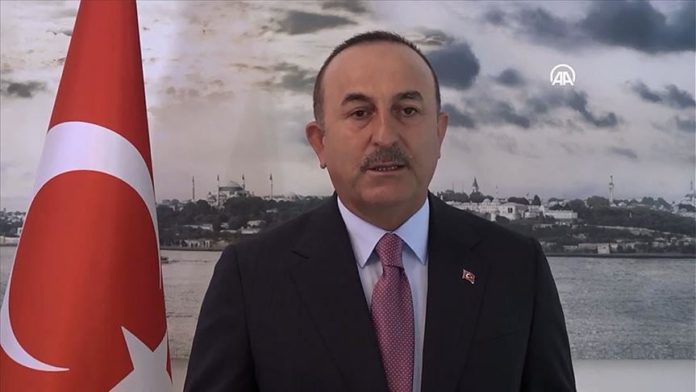 Only the Turkish nation – not the US – can decide to change its government and president, Turkey’s top diplomat said Sunday, referring to the US presidential front-runner Joe Biden’s controversial remarks on Turkey.

“We strongly reject such impositions,” Mevlut Cavusoglu told Anadolu Agency following his meeting with US Secretary of State Mike Pompeo in the Dominican Republic, adding that Biden’s remarks that he could support opposition to topple President Recep Tayyip Erdogan in the 2023 elections are “ignorant” and fail to recognize the Turkish nation.

Cavusoglu and Pompeo also discussed the situation in Libya, and decided to continue discussions at the expert level.

His remarks – recorded last December but first reported on Saturday – drew condemnation from the entire political spectrum in Turkey, including both the government and opposition.

Turkish-US relations have been under strain for a number of reasons such as Ankara’s purchase of Russian S-400 missiles, counter-terrorism operations in northern Syria against the YPG/PKK – a terror group the US has supported over Turkish objections for operations against Daesh/ISIS – and the US refusal to extradite terrorist leader Fetullah Gulen, accused of masterminding a 2016 defeated coup against Turkey that martyred 251 people and killed thousands.