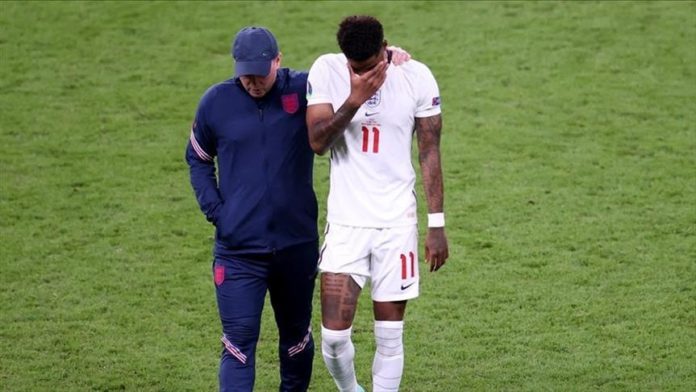 The rally came in solidarity with three Black players of England’s national team who were targeted by online racial abuse after the EURO 2020 final game against Italy last Sunday.

Marcus Rushford, Jaden Sancho, and Bukayo Saka all missed penalties in the final shootout, allowing Italy to win the game.

But campaigners are demanding that the state do more to curb online abuses.

Many politicians, including Prime Minister Boris Johnson and Home Secretary Priti Patel, have condemned the abuse.

Right after the final, the online abuse on social media platforms targeted the three young players.

Last Sunday’s final was the best showing for England’s national team since 1966, when they won the World Cup.

Uganda: Catholic schools to suspend staff due to virus