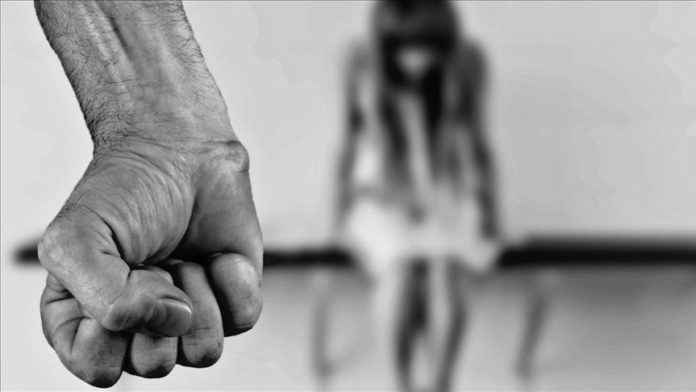 Regardless of their income, education, and age, about one-third of women worldwide have been subject to physical and/or sexual violence by an intimate partner, according to a UN report.

Women and girls also are subject to sexual harassment by non-partners, including their family members. Globally, an estimated number of 137 women are killed by a family member every day.

But significant progress has been made as women’s attitudes are changing and intimate partner violence is becoming less acceptable. Women’s acceptance of being beaten by their partners dropped in nearly 75% of countries in the 2012-2019 period.

Some 152 countries (82%) have laws against domestic violence which fall short of addressing the matter globally and gaps are the largest in Northern Africa, Western Asia, and sub-Saharan Africa — where less than 50% of countries have passed such laws.

Only 103 countries (69%) have laws on sexual harassment, while fewer countries, 43 (27%), have laws directly covering marital rape.

The report also underlined that the global lockdown measures taken to halt the spread of coronavirus pandemic lead to unsafe environments for many women and girls as it heightened the risk of intimate partner violence.

Women’s participation in education on rise

The report showed that “substantial” progress has been made as girls and boys around the world participate equally in primary education in most regions. Still, girls have a higher out-of-school rate than boys in most regions in primary school with 9% versus 7%.

When it comes to gender equality in secondary education, it lags behind compared to primary education, although the girl’s participation is “encouraging”.

It added: “… gender disparities are wider and occur in more countries at the secondary than at the primary level.”

However, once girls have access to schooling they “tend to do better than boys in terms of academic achievement at the primary and secondary levels and beyond.”

Gender disparities persist in the fields of study chosen in tertiary education, but the enrollment is increasing faster for women than for men.

“Women continue to be underrepresented among graduates in the fields of science, technology, engineering and mathematics (STEM studies), constituting slightly more than a third (35%) of the world’s STEM graduates. Women are also a minority in scientific research and development, making up less than a third (30%) of the world’s researchers,” the report said.

While women scientists and researchers tend to find work in academia and the public sector, men are more likely to work in the private sector, which offers higher salaries and wider opportunities.