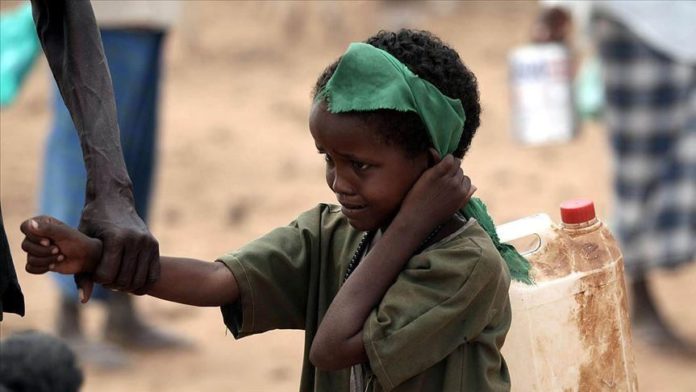 Although the number of child laborers continues to drop, there are still 152 million of them victimized at all corners of the world and this trend is most common in Africa where every one of five children is viewed as part of the labor force.

According to the data compiled by Anadolu Agency reporter on the occasion of “World Day Against Child Labour”, a total of 218 million children across the world have been employed, and 152 million of them are considered child workers.

International Labour Organization (ILO) defines child labor as a violation of fundamental human rights that hinders the mental and physical development of children.

The ILO’s report on “Global Estimates of Child Labour” in 2017 indicates that almost one of every 10 children across the world was victimized by child labor, with half of them — 73 million children — working in hazardous jobs.

Africa tops the list with 72.1 million child laborers, whereas Asia and Pacific rank second with 62.1 million of them

There are 10.7 million children working in America, while 5.5 million others in Europe and Central Asia, with Arab countries having a child labor force of over 1.2 million.

Every one of five African children is laborer, whereas the average per other regions is reported 35 in Arab countries, 25 in Europe and Central Asia, 19 in America, and 14 for Asia-Pacific regions.

According to gender distribution, there are 88 million boys and 64 million girls working as part of the labor force all around the world.

About 58% of the children work in hazardous jobs, while 62% of them are identified as male.

The agriculture sector, including the fishery, forestry, stockbreeding, and commercial farming, corresponds to 71% share in child labor.

In addition, the service and industry sectors also take large shares in child labor, with respective percentages of 17 and 12.

In comparison with the data obtained by the ILO in 2000, the number of child laborers fell by 94 million in 2016, but the dropping pace has significantly slowed down in the past four years.

Child labor in hazardous jobs is most visible between the ages of 15 and 17, with one-fourth of child laborers — aged below 12 — working in dangerous jobs.

The ILO argues that expanding access to free and quality public education is of great importance to combat child labor.

Building social protection systems is also an important element in preventing child labor as children are often employed due to the vulnerabilities triggered by risk and poverty.

More than 9 kg of plastic explosives seized in Turkey