TurkishPress
Home News On cusp of victory, Biden says numbers in his favor 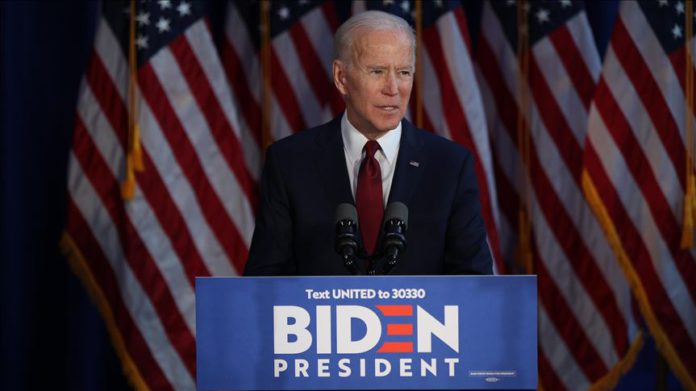 US Democratic presidential contender Joe Biden said Friday all signs from ongoing vote processing in key states indicate he is on track to claim the presidency from incumbent Donald Trump.

“The numbers tell us a clear and convincing story we’re going to win this race,” Biden said. “Our vote total is still growing. We’re beating Donald Trump by over four million votes, and that’s a margin that’s still growing as well.”

The former vice president pointed to a series of tallies in which he has not only closed the gap with Trump, but has in fact overtaken and expanded his lead as election officials process mail-in ballots.

Those states include Pennsylvania, which holds 20 Electoral College delegates. He leads by nearly 29,000 votes there. And in Georgia Biden has a much narrower, but expanding advantage, currently ahead by nearly 4,400 votes.

Meanwhile, Biden has continued to maintain his hold in Nevada where he has a nearly 2% lead.

A victory in any of those states would put Biden across the 270 vote Electoral College threshold needed to claim the White House.

At 214 delegates, Trump could still theoretically surpass 270, but his path is far more difficult than Biden’s.