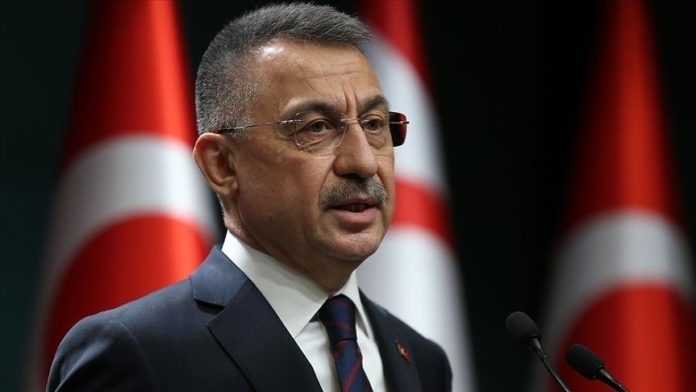 Rejecting US President Joe Biden’s remarks on the events of 1915, Turkey’s vice president said on Saturday that the statement shows the distortion of history for the sake of political calculations.

Biden’s statement, based on unfounded claims made by Armenians and ignoring the suffering of Turks murdered by Armenian mobs in 1915, has no value for either the Turkish nation or history, Fuat Oktay said on Twitter.

Echoing statements by the nation’s president, he reiterated that Turkey’s archives from the period are always open to those who want to see the facts.