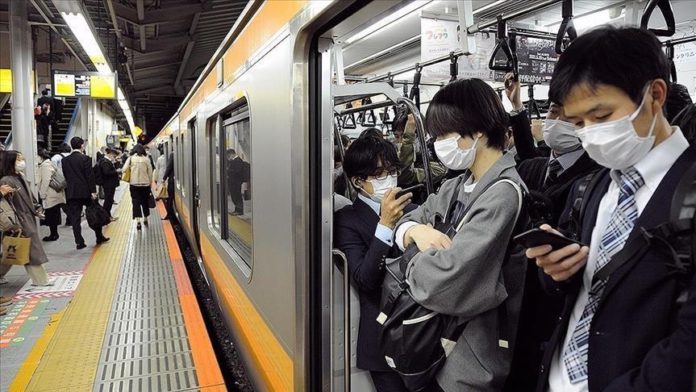 Amid a steady surge driven by the omicron variant, Japan reported more than 20,000 new coronavirus cases on Friday, its highest daily figure in more than four months.

In the capital Tokyo, the area worst hit in the latest wave, infection numbers have jumped by more than 1,000 every day over the past three days.

The figure topped 4,000 in the last 24 hours for the first time since late August.

More than 2,800 cases were reported in Osaka province and nearly 1,600 in Okinawa, where the “rapid spread has affected many medical and essential workers,” public broadcaster NHK reported.

Okinawa, a southwestern island province, along with the western Yamaguchi and Hiroshima provinces, has been under a semi-state of emergency since Jan. 9.

Japan has also barred the entry of non-resident foreign nationals since late November when the first omicron infection was detected in the country.

The ban was extended earlier this week until the end of February.

On Friday, the Japanese government shortened the isolation period to 10 days from 14 days for “people who have been in close contact with an infected person.”

Meanwhile, US pharmaceutical firm Pfizer applied for approval of its Paxlovid antiviral COVID-19 tablet in Japan.