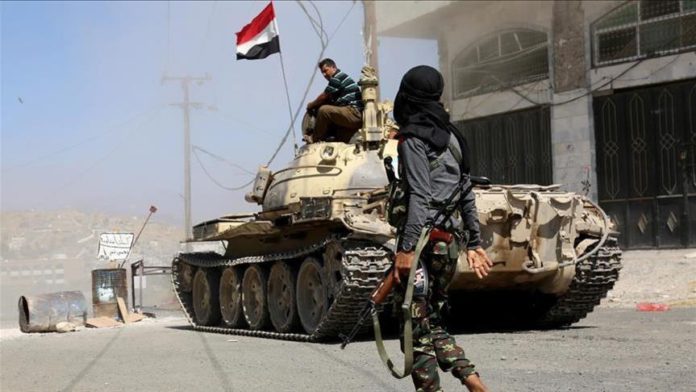 Omani Foreign Minister Badr Al-Busaidi held talks Thursday with US Special Envoy for Yemen Timothy Lenderking on the possibility of ending the war in Yemen.

According to the Oman News Agency, the parties discussed developments in Yemen and efforts to address the humanitarian crisis in the war-torn country.

They also emphasized supporting efforts to reach a political settlement between the warring Yemeni parties.

On Wednesday, the US envoy arrived in Oman’s capital Muscat from Saudi Arabia, where he met with Saudi Minister of State for Foreign Affairs Adel Al-Jubeir and Yemeni Foreign Minister Ahmed Awad bin Mubarak.

Lenderking’s 10-day tour of the Gulf region comes amid intensified efforts by the US administration to find a settlement to the seven-year-old crisis in Yemen.

In past years, Oman has also been active in efforts to resolve the Yemeni crisis and mediated between the warring parties, hosting several meetings between them.