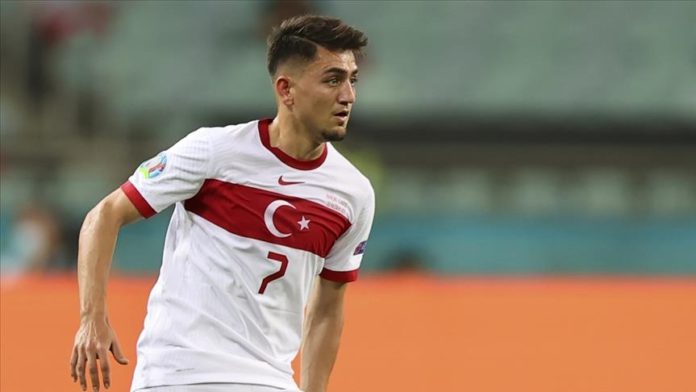 “Olympique de Marseille have reached an agreement with Italian club AS Roma for player Cengiz Under. After passing his medical, he has signed up in the form of a loan with an option to buy with les Olympiens [Marseille],” the club said in a statement.

“The agreement also includes an obligation for Marseille to make the transfer permanent based on the fulfilment of certain requirements,” Roma said, adding the transfer fee has been set at €8.4 million ($9.9 million).

The French club also welcomed their new signing in Turkish language on Twitter.

Under played for Turkey’s Altinordu and Medipol Basaksehir before his first overseas experience.  In 2017, he was signed by Italy’s Roma, where he played until 2020.

The Turkish international tallied 17 goals and 12 assists in 88 appearances for Roma.

In the 2020-21 season, he had 19 appearances and scored two goals and produced three assists for the Foxes.

Known for his technique and dribbling skills, Under helped Leicester City win the 2021 English FA Cup, his sole trophy in his career.​​​​​​​