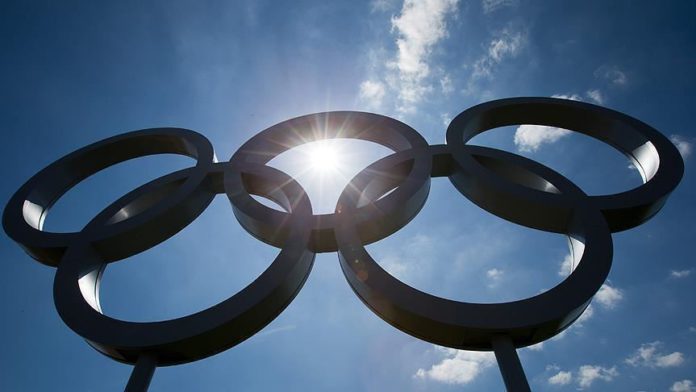 In a statement, the Global Athlete, an international group, called on the International Olympic Committee (IOC) “to end this hypocrisy, stand by their athletes, and abolish Rule 50. Athletes will no longer be silenced.”

The Global Athlete called the article a “clear breach of human rights.”

It added that the IOC as well as the International Paralympic Committee should obey Article 19 of the Universal Declaration of Human Rights, and not violate athletes’ freedom of opinion and expression.

The Olympic Charter Rule 50 bars athletes from performing any kind of “political, religious or racial propaganda” in sports.

“No kind of demonstration or political, religious or racial propaganda is permitted in any Olympic sites, venues or other areas,” the rule says.

The article is meant to ensure the neutrality of sports and the Olympics, but has come under fire in a new era of widespread protests.

Colin Kaepernick, a football quarterback for the American NFL, protested police brutality in 2016 by kneeling during the national anthem.

Despite the peaceful nature of his protest, he drew criticism from some politicians and was passed over for jobs in the next NFL draft.

US soccer star Megan Rapinoe, who helped her team to victory in the 2015 and 2019 Women’s World Cups, also took the knee in solidarity with Kaepernick and his cause.

Following suit, the UK’s Liverpool soccer club protested last month’s killing in police custody of George Floyd, an unarmed African American, which set off the new protests, by kneeling on the pitch in their stadium.

The US’ Major League Soccer (MLS) voiced support for players’ protests on the pitch against racism and discrimination.

The MLS emphasized freedom of speech, equality, and diversity in the US and Canada, allowing athletes to protest.

“If players or staff decide to stand, kneel or otherwise exercise their right to peaceful protest during the playing of the National Anthems before league games, we support them,” the MLS added.

In addition, the US Soccer Federation (USSF) has ended its ban on players kneeling during the national anthem at matches.

The USSF said banning players from kneeling “was wrong and detracted from the important message of Black Lives Matter.”

The officer ignores Floyd’s pleas that he cannot breathe, maintaining the position even after he appears to lose consciousness. An independent autopsy found Floyd was killed by “asphyxiation from sustained pressure.”

Floyd’s killing on May 25 sparked protests across the US and then worldwide.

5 killed in Daesh/ISIS attacks in Iraq