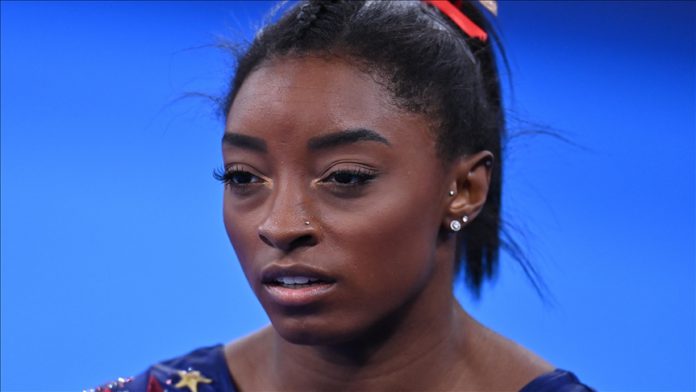 Olympic gold medalist gymnast Simone Biles of US pulled out of the 2020 Tokyo Olympics women’s team final to “focus on mental health,” US Gymnastics said on Wednesday.

The American gymnastics’ governing body said on Twitter that Biles, 24, withdrew from the final individual all-around competition in the ongoing Olympics for her mental wellbeing and back Biles for her choice.

“We wholeheartedly support Simone’s decision and applaud her bravery in prioritizing her well-being. Her courage shows, yet again, why she is a role model for so many.”

Biles previously said in a press conference that continuing in the team competition during the 2020 games may hurt the US team’s struggles for medal.

“I just felt like it would be a little bit better to take a backseat, work on my mindfulness and I knew that the girls would do an absolutely a great job and I did not want to risk the team a medal for, kind of, my screw-ups, because they have worked way too hard for that. So I just decided that those girls need to go in and do the rest of the competition,” Biles said.

Biles had to withdraw from the competition after posting 13.766 on the vault apparatus during the women’s team final at the Ariake Gymnastics Centre. It was the lowest score of her Olympic career.

US Gymnastics previously released a statement after she left that said Biles suffered a “medical problem” and would be evaluated to determine if she could participate further in the Games.

One of the most decorated American athletes, Biles has combined 30 Olympic and world medals so far.

She won four gold medals at the Rio 2016 Games.

Member of Iran Assembly of Experts die from coronavirus