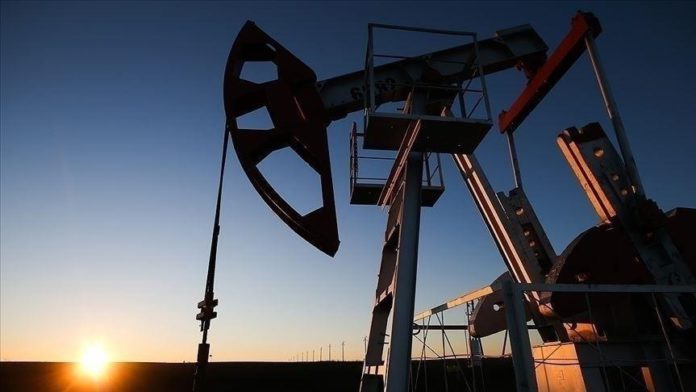 Oil prices increased on Friday, having reached new highs during the previous trading session as US President Joe Biden slapped tougher sanctions on Russia after its military intervention in Ukraine, raising fears of supply disruptions.

American benchmark West Texas Intermediate (WTI) traded at $94.61 per barrel at the same time for a 1.94% increase after the previous session closed at $92.81 a barrel.

He said the action followed a request for help from the authorities of Donetsk and Lugansk, which he recently recognized as independent states.

The move has drawn widespread international condemnation and announcements of tougher sanctions on Moscow.

Biden vowed Thursday to impose more sanctions on Russia for its military intervention in Ukraine, saying Putin “chose this war.”

The US Treasury Department later announced additional sanctions on Russian financial institutions and entities, which operate in agriculture, telecommunications, railroads, maritime and freight shipping, energy, mining, along with retaliatory sanctions against Belarus which supports the Russian invasion.

Meanwhile, the European Union (EU) on Thursday published a new sanctions package on Russia, targeting among others Defense Minister Sergei Shoigu and 351 members of the Duma for violating Ukraine’s territorial integrity.

Later on Thursday, Russia vowed to react harshly to the EU’s decision to impose sanctions on the country.

UK Prime Minister Boris Johnson described the sanctions as the “largest and most severe package” of sanctions “that Russia has ever seen,” after Moscow launched a military intervention in Ukraine.

Experts say declining global spare capacity, coupled with monthly OPEC+ production that is lagging behind monthly output targets, is putting an already-tight market under pressure and exposing it to supply disruptions.

However, according to Timipre Sylva, the petroleum minister of Nigeria, which is also an OPEC member, more output is expected if the ban on Iran’s oil exports is removed following the nuclear talks in Vienna.

The OPEC group is scheduled to meet on March 2 to discuss the production quota for April.