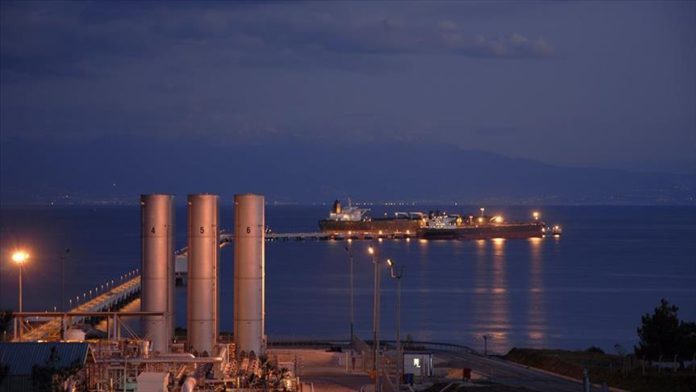 Oil prices saw little change on Wednesday after retreating from the highest levels since 2014 as investors balanced concerns over easing tensions on the Russian-Ukrainian border.

American benchmark West Texas Intermediate (WTI) traded at $92.23 per barrel at the same time for a 0.17% increase after ending the previous session at $92.07 a barrel.

Both benchmarks lost more than 3% after Russia announced a partial withdrawal from its border with Ukraine on Tuesday, though the US has not verified this action.

Russia’s claim of partially withdrawing troops from the Ukrainian border has slightly loosened the stranglehold that such tensions have over the market, Galimberti said, warning that the threat to supply persists, especially considering Russia’s plans to continue large-scale military maneuvers in the region.

Regarding the current oil supply and demand, Galimberti said Brent pricing close to $100 per barrel is still on the table, as any supply disruption or demand surprise could push the benchmark past that landmark threshold.

The forecast of an inventory draw signals a recovery in crude demand in the US, easing investor concerns over dwindling demand, which, in turn, supports higher prices.