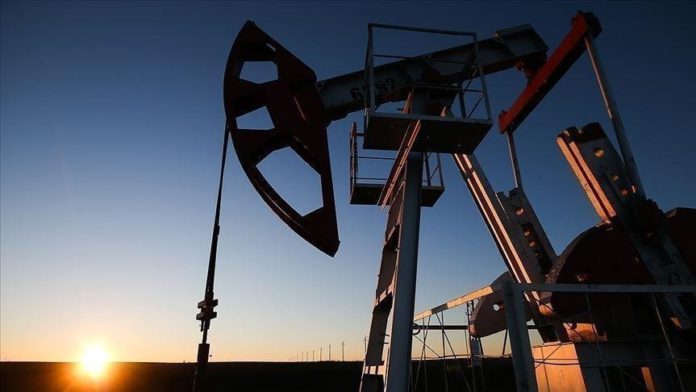 Oil prices were volatile on Monday over investor confusion from the disagreement among OPEC+ members, which led to a second postponement of their meeting where major oil producers were discussing their production quotas from August onwards.

American benchmark West Texas Intermediate (WTI) was at $75.20 per barrel at the same time for a 0.05% increase after it ended the previous session at $75.16 a barrel.

The 18th Ministerial Meeting of the Organization of Petroleum Exporting Countries (OPEC) and its allies, known as OPEC+, which was originally scheduled to take place on Thursday, had been adjourned to continue on Friday for further consultations.

However, the Friday meeting was also postponed due to objections from the United Arab Emirates (UAE) on the level of production increases the group will impose starting from August.

Speaking to Al Arabiya, Saudi Arabia’s Energy Minister Abdulaziz bin Salman said OPEC+ members, with one exception, had reached an agreement on extending the accord.

“I’ve been attending OPEC+ meetings for 34 years and have never seen such a demand, I am neither optimistic nor pessimistic about the upcoming OPEC + meeting,” Salman added.

Salman also said Saudi Arabia and Russia are on the same page on extending the OPEC + agreement and increasing production.

Citing an energy ministry statement, the UAE state-owned news agency WAM on Sunday said the Gulf producer backs an output increase from August as the market “is in dire need of higher production.”

The UAE is willing to extend the agreement further, if required, but asks that baseline production references – the level from which any cuts are calculated – be reviewed to ensure that they are fair to all parties, WAM reported.

“The UAE and its international partners have invested significantly in growing its production capacity and believes that, if/when the agreement is extended, the baseline reference figures should reflect its actual production capacity, rather than the outdated October 2018 production reference,” the ministry said in the statement.

The world’s major oil producers are now expected to meet later on Monday.