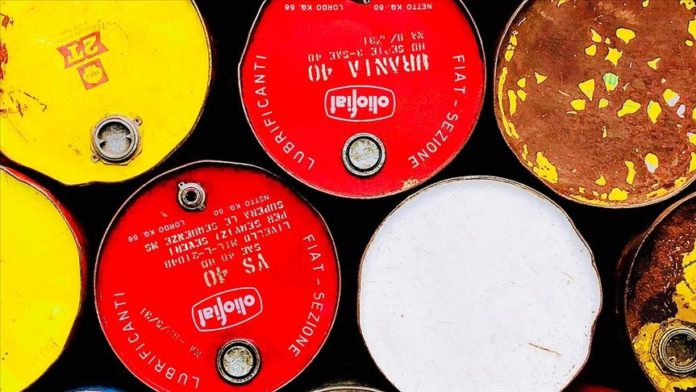 Oil prices jumped on Friday with resolve from oil majors to adhere to production cuts and with positive US economic data that helped boost market confidence.

International benchmark Brent crude was trading at $59.12 per barrel at 0646 GMT with a 0.20% increase after closing Thursday at $59 a barrel.

American benchmark West Texas Intermediate (WTI) traded at $56.56 per barrel at the same time for a 0.59% increase after it ended the previous session at $56.23 a barrel.

The timely and massive production cuts by OPEC members and its allies, known as OPEC+, propped up prices at a time of uncertainty over when the oil market will recover from the negative effects of the coronavirus pandemic.

In line with the decision taken at an OPEC meeting in December, the group agreed to increase overall output cuts to 8.125 million barrels per day (bpd) for February and 8.05 million bpd in March, including the 1 million bpd cut from Saudi Arabia, the de-facto OPEC leader and driver of OPEC+ production cuts.

Another positive signal for a potential economic rebound was with the decline in the US first-time claims for unemployment benefits. The number of Americans filing first-time unemployment claims fell by 33,000 to 779,000, relative to expectations of 830,000 for the week ending Jan. 30.

Meanwhile, US President Joe Biden is still struggling to find support for his $1.9 trillion pandemic relief bill, having failed to find traction among Republican lawmakers.

Democrats in the House of Representatives voted 218-212 on Wednesday but without Republican support to approve the budget resolution. However, Biden is trying to find a way to pass the bill without seeking Republican votes.