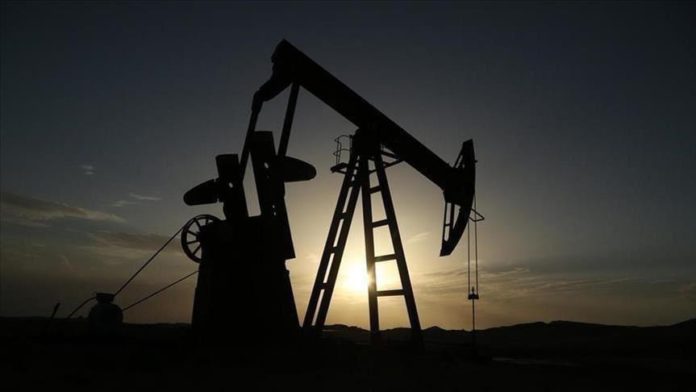 Oil prices on Tuesday reached 13-month highs with growing optimism over an oil demand rebound, boosted by Saudi production cuts and hopes over the US stimulus deal.

American benchmark West Texas Intermediate (WTI) traded at $58.39 per barrel at the same time for a 0.72% increase after it ended the previous session at $57.97 a barrel.

Breaching the psychological level of $60 a barrel, Brent oil reached the $61-threshold, its highest level since Jan. 27, when it was trading at $60.49.

After months of price slumps, both Brent and WTI crude oil prices returned to their pre-pandemic levels, mainly with the help of Saudi Arabia’s deeper output cuts on the back of OPEC+ cuts.

Expectations over a higher US stimulus for the general public and hard-hit businesses also boosted oil prices.

To add to hopes of a quicker rebound in the global economy and oil demand, the number of people getting vaccinated worldwide is increasing.

The bullish note on crude oil prices indexed to the US dollar was also supported by the greenback’s falling value.

The US dollar index, which measures the American dollar’s value against a basket of currencies including the Japanese yen, British pound, Canadian dollar, Swedish krona and Swiss franc, declined by 0.20% to 90.75.