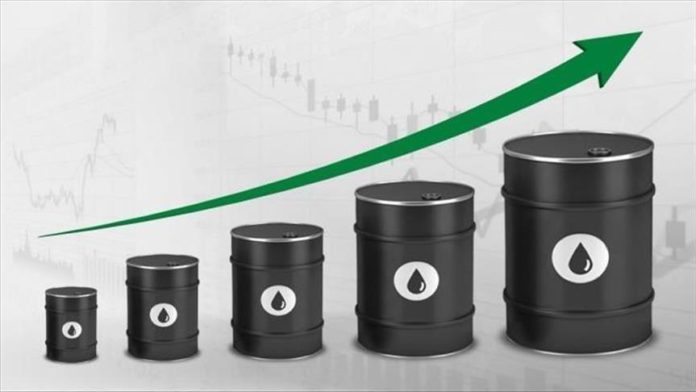 Oil prices rose on Wednesday from the positive effects of the recently approved US stimulus package and an estimated fall in US crude stocks, both of which raised hopes for an economic rebound.

American benchmark West Texas Intermediate (WTI) was at $48.17 per barrel at the same time for a 0.35% increase after it ended the previous session at $48 a barrel.

Oil prices continued gains on Wednesday as investors became hopeful of an economic rebound in the US, which would also increase oil demand.

Although Senate Majority Leader Mitch McConnell blocked the first attempt to boost COVID stimulus payments to most Americans, hopes for higher payouts still abound. If successful, the revised stimulus payments would see a triple-fold rise from the current $600.

Late Wednesday, the American Petroleum Institute (API) announced its estimate of a fall of 4.8 million barrels in US crude oil inventories relative to the market expectation of a 2.1 million-barrel draw.

If crude stocks fall in line with the API’s expectations, this would signal that crude demand is rebounding in the US, the world’s largest oil consumer, to positively support prices.

“The euphoria seen in the last weeks over oil prices seemed to be rather short lived. It seems that oil prices are going to begin 2021 not so much higher than $50 with mixed feelings still between the wide distribution of vaccines, its effectiveness and the ongoing and further lockdowns in Europe,” Political Risk and Oil Analyst Jose Chalhoub told Anadolu Agency.

“The markets are still waiting for the full implementation of the recent deal of OPEC+ to hike production starting in January and potential reactions from the group and the markets,” he added.

Cities consume 75% of all world sources