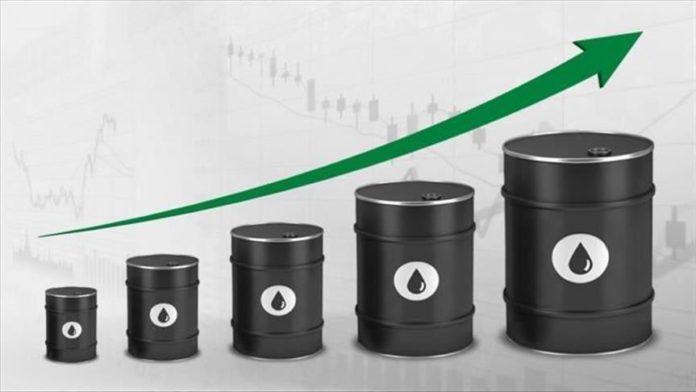 Oil prices increased on Monday after tropical storm Sally headed towards the Gulf of Mexico threatening oil production in the area.

American benchmark West Texas Intermediate (WTI) was at $37.45 a barrel at the same time for a 0.32% decrease after ending the previous session at $37.33 per barrel.

Oil companies including Chevron and Murphy Oil Corp. evacuated facilities on Saturday while Royal Dutch Shell, BHP, BP and Hess Corp made plans to take action if needed. The area comprises 17% of US total oil output and 5% of US natural gas production.

Prices were positively supported after British pharmaceutical company AstraZeneca announced its resumption of phase 3 trials of an antibody-drug to prevent and treat COVID-19.

Last week, the trials were suspended after a patient had come down with an undisclosed illness.

The number of COVID-19 cases worldwide is now over 29 million, according to the latest data from Johns Hopkins University.

'Greece should not be tool of other countries' ambition'

India to cut by half staff at Pakistan High Commission