TurkishPress
Home News Oil prices up ahead of OPEC+ meeting 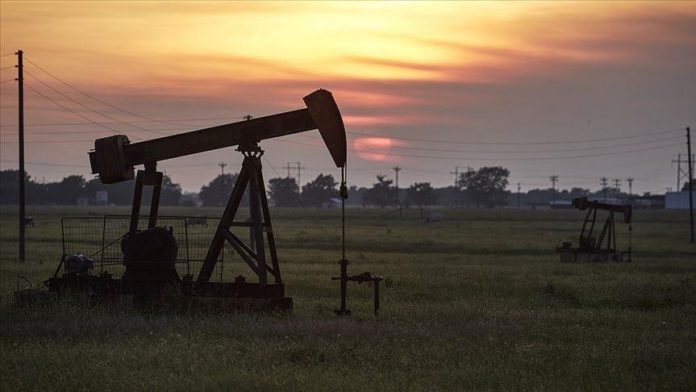 Oil prices increased on Monday ahead of an OPEC+ meeting, as the world’s biggest oil producers are expected to keep the production quota in February unchanged amid weak oil demand caused by the global pandemic crisis.

International benchmark Brent crude was trading at $53 per barrel at 0646 GMT, the highest rate since March 5 when it traded at $52.04, and compared to Thursday marked an increase of 2.32% after closing at $51.80 a barrel.

American benchmark West Texas Intermediate (WTI) was at $49.52 per barrel at the same time for a 2.06% increase after it ended the previous session at $48.52 a barrel.

Investors are waiting for the outcome of the Jan. 4 meeting of the Organization of the Petroleum Exporting Countries (OPEC) and allies, including Russia, a group known as OPEC+. The group is expected to review the markets and then decide on production cuts for the following month.

“After agreeing in December 2020 on a gradual hike of the output of 500,000 barrels per day, OPEC+ will meet to calibrate and define how it will make this move. The oil prices continue rather stable, without making a significant upward jump as the global landscape is still under pressure of the spectre of COVID-19,” Political Risk and Oil Analyst Jose Chalhoub told Anadolu Agency.

OPEC+ agreed to bring the total production cut down to 7.2 million barrels per day (bpd) in January. The group will then meet monthly to assess market conditions and decide on further production adjustments for the following month, which will be capped at 500,000 bpd.

Chalhoub said despite initial optimism after mass vaccinations began in different spots throughout the world, it was not enough to lead to a significant pick up in oil demand to impact prices.

“Once again, the resilience and the capacity of the group of oil producers to influence the oil markets will be tested as well as the unity of the bloc as it’s become clear that some members have better conditions than others to bear the current difficult situation of the global economy impacted by the pandemic,” he added.