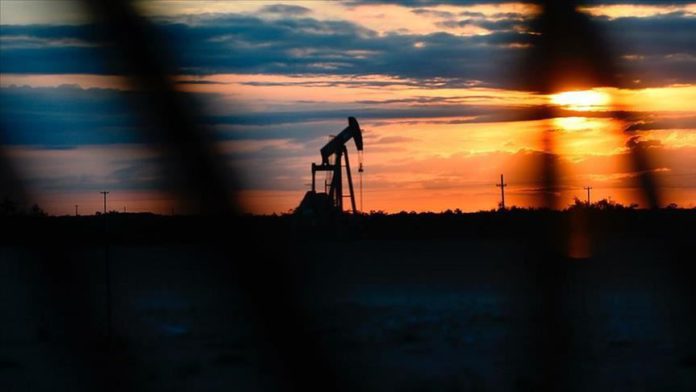 Crude oil prices were mixed on Tuesday after the US and China signaled progress in trade talks, while storm-related shutdowns in the Gulf of Mexico led to major output cuts.

American benchmark West Texas Intermediate (WTI) was at $42.57 a barrel at the same time for a 0.11% decrease after ending the previous session at $42.62 per barrel.

The bullish divergence in oil prices follows news that the top US and Chinese officials are making progress in addressing concerns regarding the Phase 1 trade agreement reached between the two nations in January.

According to the state-run Chinese news agency Xinhua, the two sides conducted a constructive dialogue on such issues as strengthening bilateral coordination of macroeconomic policies and the implementation of the China-US phase-1 economic and trade agreement.

China’s commerce ministry said in a statement there had been “constructive dialogue”, which followed the US Treasury declaring that “both sides see progress”.

The storm-related shutdowns in the Gulf of Mexico exerted upward pressure on oil prices.

Tropical Storm Marco and Laura which rolled towards the Gulf of Mexico forced the shutdown of more than half of the offshore oil and gas production in the area.

According to the US Bureau of Safety and Environmental Enforcement (BSEE), the offshore oil and gas operators in the Gulf evacuated platforms and rigs in response to the storms.

BSEE said approximately 82.4% of the current oil production and 56.92% of the natural gas production in the Gulf of Mexico were shut-in.

In addition, the positive news over the blood plasma treatment for COVID-19 patients in the US buoyed economic optimism and supported oil prices.

The Food and Drug Administration (FDA), a federal agency of the US Department of Health and Human Services, said that over 70,000 American patients had been treated with convalescent plasma so far.

The number of COVID-19 cases worldwide is now over 23 million, according to the latest data from Johns Hopkins University.