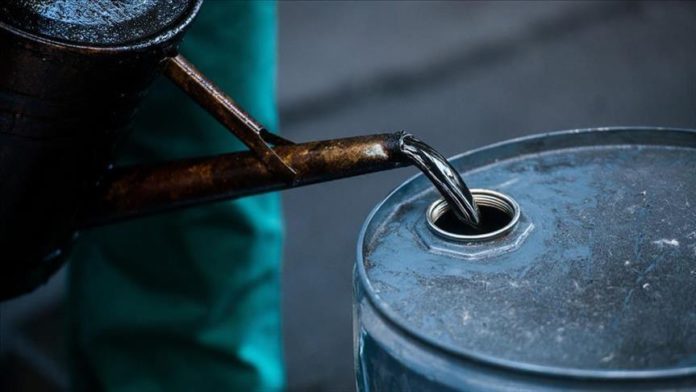 Oil prices fell on Thursday with the escalation in geopolitical tensions between Russia, which is a critical gas supplier to Europe, and Ukraine.

American benchmark West Texas Intermediate (WTI) was at $86.66 per barrel at the same time for a 0.79% fall after trade in the previous session ended at $87.35 a barrel.

Concern of a possible invasion by Russia into Ukraine loom as tensions rise between the two with Russia stationing troops on the Ukraine border.

Tight global supply also puts pressure on prices. The fact that the Organization of Petroleum Exporting Countries (OPEC) and the OPEC+ group could not reach the targeted additional production quota of 400 thousand barrels reinforces concerns of supply shrinkage in the face of increasing demand.

OPEC+ producers are scheduled to meet on Feb. 2 to discuss and agree on an output plan.

Meanwhile, US commercial crude oil inventories increased by 0.6% during the week ending Jan. 21, according to the Energy Information Administration.